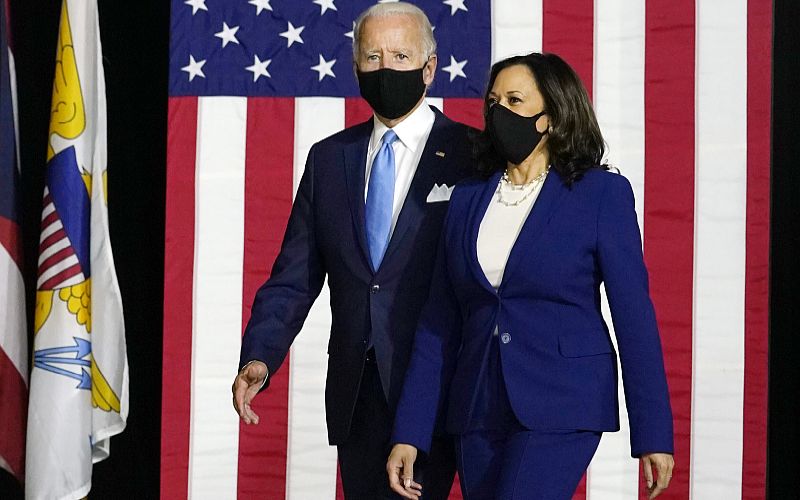 With unrest over racial injustice rocking the US, Biden was pressured to select a black woman as his running mate. (AP pic)

WASHINGTON: The campaign of Democratic presidential contender Joe Biden has raised US$48 million in the 48 hours since he named US Senator Kamala Harris the Democratic vice-presidential nominee, a campaign spokesman told Reuters late on Thursday.

Biden, a former vice-president himself, on Tuesday picked Harris as his choice for VP, making her the first black woman on a major-party US presidential ticket.

With social unrest over racial injustice rocking the country for months since the death in custody of an African-American man, George Floyd – after a police officer knelt on his neck for about nine minutes – Biden was under pressure to select a black woman as his running mate.

Harris, a 55-year-old senator from California who made her own run for the White House, is also the first Asian-American on a major presidential ticket. Her parents were immigrants, her mother from India and her father from Jamaica.

She became only the second black female US senator in history when elected in 2016 and will be relied on to help mobilise African-Americans, the Democratic Party’s most loyal constituency.

Four years ago, the first dip in black voter turnout in 20 years contributed to Democrat Hillary Clinton’s upset loss to Donald Trump in the presidential election.

Harris, a former prosecutor and state attorney general in California, is known for her sometimes aggressive questioning style in the Senate.

As a presidential candidate, she took Biden to task in a nationally televised debate over his past stances on mandatory busing for students as a means to desegregate schools.

The choice of a running mate has added significance for Biden, 77, who would be the oldest person to become president if he is elected.

His age has led to speculation he will serve only one term, making Harris a potential top contender for the Democratic nomination in 2024.

Biden and groups affiliated to his campaign had raised US$140 million in July.

Lukaku on 2:3 with Sevilla in the Europa League final: It was a difficult moment. I haven't spoken for 4 days
Di Maria about Messi's desire to leave Barca: immediately wrote to him on instagram, how PSG will play with him
Paul Parker: Maguire is the captain of Manchester United only because of his $ 80 million price tag
Suarez on Atletico: I thought I was ready to move to a club that competes with Barca and Real Madrid. There were many offers
Pjanic on the best partner: Ronaldo before moving to Barca
Allegri can lead the Roma
Miracles in the PFL: Tuapse did not have enough players for the match, they put up two fake players - and did not lose to one of the leaders
Source https://www.freemalaysiatoday.com/category/world/2020/08/14/biden-campaign-raises-us48-mil-in-48-hours-after-naming-vp-choice/

Mars as you’ve never seen it before in 8k images

Ringgit weaker against US dollar

Check out the futuristic looks of the Reevo e-bike

Shafie confident of Warisan Plus’ victory in state polls this Saturday

Singapore’s population dips to 5.69m, after fall in non-resident numbers

Sabah’s resources will go back to Sabahans, says Muhyiddin

15 new Covid-19 infections in Singapore, including five imported cases; no new cases in the community

Covid-19: Sarawak steps up measures to monitor visitors from Sabah

Navalny needs at least a month to be fit, predicts activist

A sensational political drama that has instability attached — Jamari Mohtar