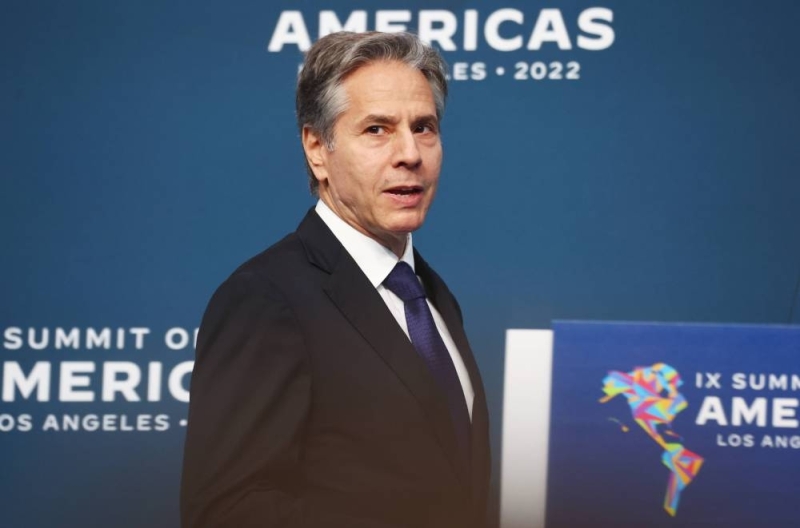 Secretary of State Antony Blinken enters a news conference at the IX Summit of the Americas on June 10, 2022 in Los Angeles, California June 10, 2022. ― AFP pic

Blinken, closing an Americas summit in Los Angeles where neither Venezuelan side was invited, also renewed the US willingness to ease sanctions if Maduro compromises with Juan Guaido's opposition.

The government and opposition “in recent days have signaled an intent to resume those conversations and negotiations in Mexico City. That is the latest information that we have,” Blinken told reporters.

Venezuelan-led negotiations “are the best path that we can see to trying to restore to Venezuelans the democracy that they clearly deserve and clearly want and alleviate the extraordinary suffering that's taken place in recent years.”

Mexico, one of the few major Latin American nations that still recognizes Maduro, has invited the two sides to restart a dialogue that was initially brokered by Norway.

Maduro walked away in October, angered after a businessman closely tied to him was extradited to the United States on corruption charges from the West African nation of Cape Verde.

The United States in January 2019 recognized Guaido as interim president after Maduro won an election in which there were wide reports of irregularities.

The then administration of Donald Trump imposed sweeping sanctions on Venezuela, but Maduro has held on to power with support from the military as well as Russia, China and Cuba.

“Sanctions are not an end in themselves. They are an effort to incentivize those who are on the receiving end to engage in different conduct,” Blinken said. “As we've long said, sanctions aren't permanent. If we see change, sanctions can be lifted.” ― AFP