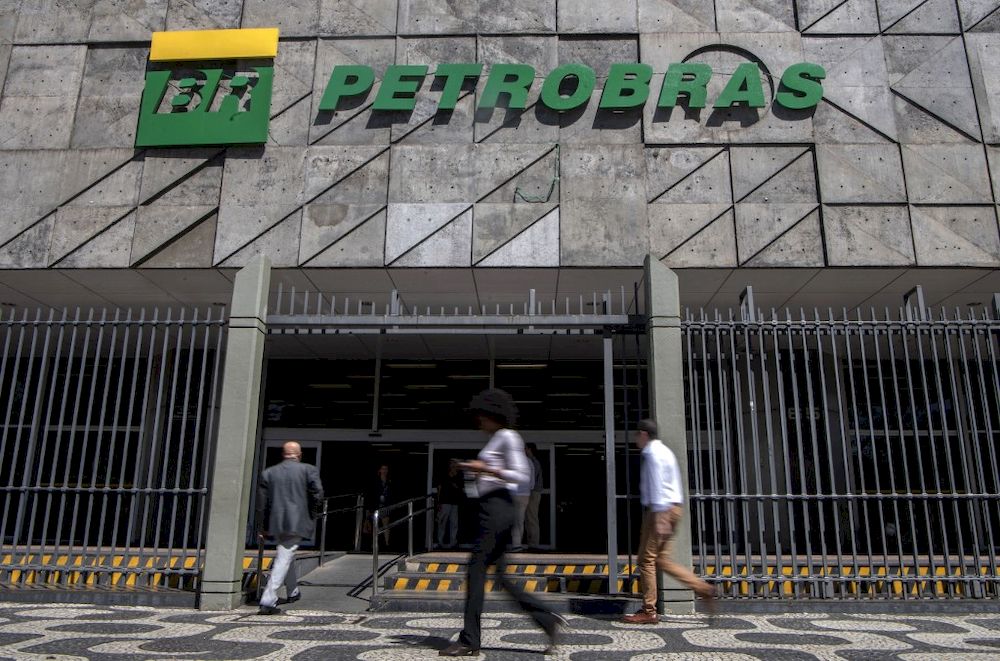 The company's ordinary shares closed up nine per cent, while preferential shares gained back 12.2 per cent on the Sao Paulo stock exchange. — AFP pic

The company's ordinary shares closed up nine per cent, while preferential shares gained back 12.2 per cent on the Sao Paulo stock exchange.

Those shares plunged by 20.5 per cent and 21.5 per cent respectively Monday, erasing 74 billion reais (RM54.6 billion) off the company's market value.

The move fueled fears the far-right leader would try to intervene in energy prices as he eyes re-election next year.

It also appeared to widen a growing rift between Bolsonaro and the business sector, which helped him win election in 2018 thanks to his promises ― many still unfulfilled ― of investor-friendly reforms and free-market policies.

Bolsonaro said shortly before the change was announced that Petrobras, Brazil's biggest company, should not be constantly “surprising people” with price increases, and lashed out at Castello Branco's management.

He hinted yesterday at more shake-ups to come at Petrobras.

“Whatever changes we have to make, we'll make them,” he told supporters outside the presidential palace in Brasilia.

He later downplayed the turmoil around the company.

“We're not fighting with Petrobras. We just want them to be more transparent and predictable. There's no need to hide increases or what the impact will be on the final price of fuel,” he said.

Traders had been watching for news on a closed-door meeting yesterday of the Petrobras board, which must decide whether to accept Silva e Luna's appointment.

However, there was no word on the meeting by the close of the Sao Paulo stock exchange, whose Ibovespa index gained 2.3 percent overall.

Petrobras has increased fuel prices four times so far in 2021 ― a cumulative rise of nearly 35 per cent ― as global oil prices have climbed back to pre-coronavirus pandemic levels.

The price hikes have triggered backlash in Brazil, a top 10 oil producer with output of 3.67 million barrels per day in 2019. ― AFP

Sulser and the Show will not be punished for the words of the judges after the game against Chelsea
David De Gea: Manchester United must beat clubs like Chelsea to win trophies
In Athletics, they founded a ska-punk band (the coach is a fan). The football charts are already so crowded-we remember other players-musicians
Barcelona is ready to sell Griezmann for 60 million euros, but can not find buyers (Ok Diario)
Tottenham will play the 1st match with Dynamo in London, the second-in Zagreb
Alaba held talks with Al-Khelaifi. PSG are ready to guarantee him a place in the center of midfield, Real Madrid-no
Font about Bartomeu's arrest and searches: A day of sadness for Barca fans. Another example of suicidal behavior from the club

Penang fishermen affected by reclamation to get first RM500

Is there a need for deputy FT minister, says PKR leader

Why are GPs and dentists in category two, says professor

Djokovic ties Federer record of 310 weeks as ATP No.1

EU to propose vaccine certificates in time for summer holidays

Amid vaccine row, Putrajaya sets out who gets priority

Masidi: Sabah CM among 60 to get Covid-19 vaccine in launch ceremony on Thursday

GPS has done its best for people in Sarawak, says party whip in Parliament

Assemblyman says he had no choice but to swear allegiance

We cannot continue to depend on foreign investors, says Mahathir

Sinking or swimming in 2021 — Premkumar Rajagopal and Geoffrey Williams

Asean must be more proactive to contribute to Myanmar’s return to normalcy, says minister

Dr Mahathir says Malaysia cannot continue to depend on FDI

Feed your appetite for food shows with ‘Nadiya Bakes’ on Netflix

Feeling the heat? Temperatures are up in 10 areas