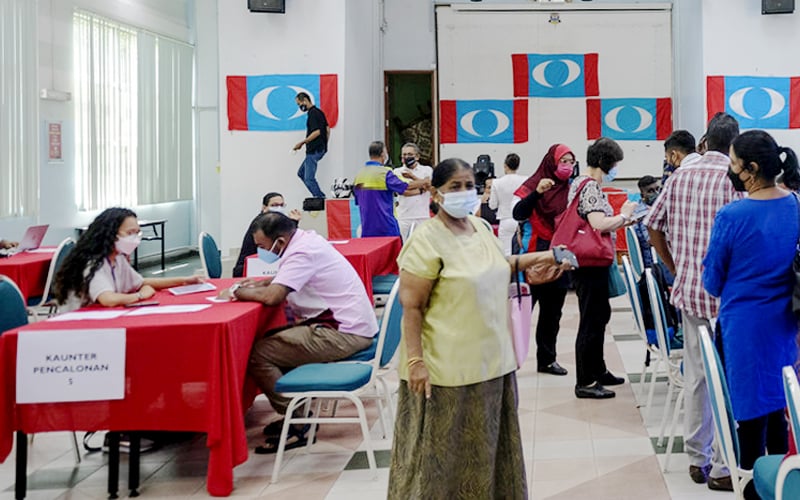 Actor-comedian Afdlin Shauki had lodged a police report against the PKR election committee alleging that it failed to manage the election process. (Bernama pic)

PETALING JAYA: PKR election committee chairman Dr Zaliha Mustafa has urged members to send any complaints regarding the recent party elections through the official party channels, saying that police will not entertain reports lodged with them.

She said that based on past experience, the police would not get involved in internal party matters even after a report had been made and would, instead, revert the report to the party for further action.

This follows the lodging of a police report by actor-comedian Afdlin Shauki against the committee on Monday for allegedly failing to manage the voting process, resulting in fraud.

Afdlin claimed that reports lodged with the committee had not received any response, which prompted him to make the police report.

Zaliha said it was important that complaints were made through the proper channels to ensure the committee could look into them and take appropriate action.

“It has to be done officially. If the complaints are made outside (the official channels), then the issue can look bigger than it really is,” she said.

“Our stance is clear. If the complaint made is legitimate, we will take action, but we ask that members be patient because we have to look into each and every one (of these complaints) carefully.”

She also said Afdlin’s police report was only made known to her through the media.

According to a source from PKR, it is not an offence for party members to lodge police reports but, in any case, only the committee could resolve issues related to the party elections.

Afdlin had lodged the police report after he failed to win election as PKR’s Setiawangsa division chief, losing to the incumbent, Nik Nazmi Nik Ahmad, who is also the Setiawangsa MP.

He alleged that the committee had failed to manage the voting process or act on complaints about several “flaws” which were found during the elections.