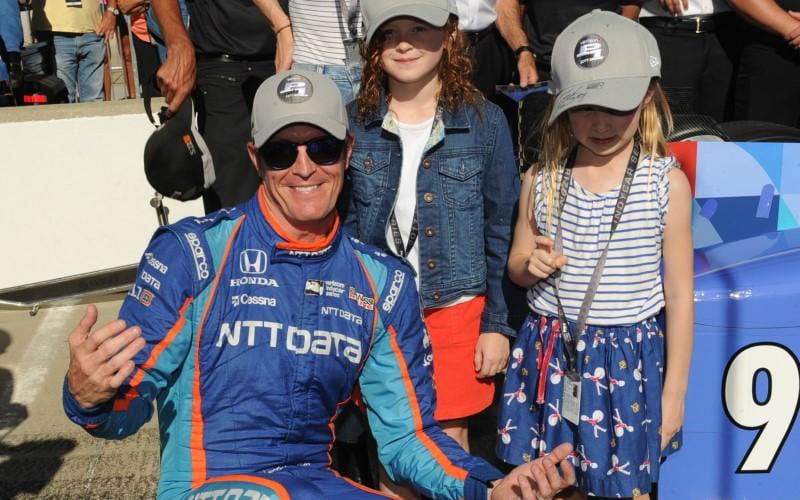 SONOMA: Scott Dixon won his fifth IndyCar Series championship when he finished second in the final race of the season, the Grand Prix of Sonoma in northern California, on Sunday.

The New Zealander entered the race knowing that a top-two finish would assure him of the title ahead of his closest rival Alexander Rossi, who had to pit after a mistake on the opening lap and was never able to put serious pressure on Dixon.

“Man, this is so awesome I can’t believe it’s actually happened,” Dixon said. “You always doubt these situations so much that they’re never going to happen.”

Dixon won three of the 17 races on this year’s schedule and had 13 top-fives.

American A. J. Foyt holds the record with seven open-wheel titles on the US circuit between 1960 and 1979.

Dixon’s task on Sunday was made considerably easier after Rossi’s early trouble. Rossi made contact with the back of team mate Marco Andretti’s car, which resulted in a damaged front wing and forced him to pit.

He dropped to last and while he got back into the race later under a yellow flag he could not threaten the leaders.

“I wish I could replay that a million more times,” said American Rossi, a former Formula One driver.

“The team did a great job to get me back on the road to recovery after the mistake I made.

“A huge congratulations to Scott. He’s a five-times champion for a reason. It was a pleasure to race against him all year.”

Rossi finished second in the season-long standings, with Australian Will Power third and Hunter-Reay fourth.

Police arrested a 12-year-old boy in the case of threats against Zaa
These people are sick. They need help. The fear and loathing of the North London Derby
Farfan's goal could not be counted: before that, the referee called from the goal, and CHorluka just took the ball and ran forward with it
Son has scored 10+ goals for Tottenham in the Premier League four seasons in a row
Milan are Interested in the striker of Lille Osimana
Dembele does not want to move to Manchester United. He believes that he will succeed in Barca
Ferdinand on Liverpool's decline: it's a celebration. If there are no Champions League games ahead, you just relax
Source https://www.freemalaysiatoday.com/category/sports/2018/09/17/dixon-wins-fifth-indycar-championship/

‘Work from home’ might become normal for civil service

We stand with you, Villa tell Zaha after racial abuse

Chief secretary to the govt: Digitalisation will accelerate govt services in Malaysia

MPs must search their souls when voting on the Speaker

Wolves see off woeful Everton to move into top six

‘Nothing personal’, says Anwar of apparent differences with Dr Mahathir

Muhyiddin gets full PN backing ahead of Dewan meeting

Virus cases on sharp rise since start of July

Police: Hunt on for man who allegedly raped, prostituted 13-year-old daughter in Kajang

Singapore GE: PSP to announce who will take 2 NCMP seats after exco meeting

‘Nothing personal’ in differences with Mahathir, says Anwar

We are only resolving land problems left by BN, Warisan tells PBS

Chicken price will not exceed RM9 per kg by August, says deputy minister