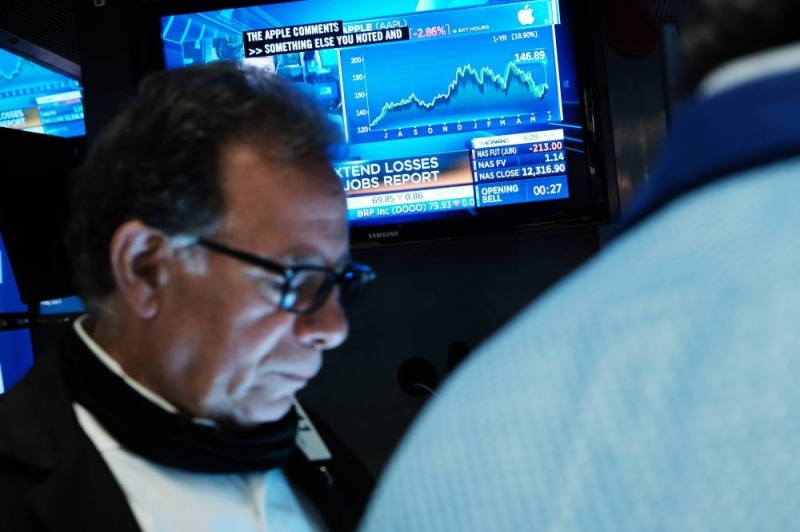 Traders work on the floor of the New York Stock Exchange (NYSE) at the start of the trading day on June 03, 2022 in New York City. — AFP pic

The OECD said global gross domestic product would grow by three per cent in 2022 — down sharply from the 4.5 per cent estimated in December as Russia’s invasion of Ukraine strains commodities markets.

The downgrade is similar to one released Tuesday by the World Bank.

Meanwhile, data from the Mortgage Bankers Association showed a drop in mortgage applications as higher interest rates weigh on the housing market.

“The purchase market has suffered from persistently low housing inventory and the jump in mortgage rates over the past two months,” said Joel Kan, a vice president in the group’s forecasting division.

“These worsening affordability challenges have been particularly hard on prospective first-time buyers.” About 20 minutes into trading, the Dow Jones Industrial Average was down 0.4 per cent at 33,040.72.

Among individual companies, Novavax jumped 5.0 per cent after a Food and Drug Administration advisory panel recommended the company’s Covid-19 vaccine, a late runner in the fight against the virus. — AFP