Dr M can now work with govt as he is an independent, says BN sec-gen 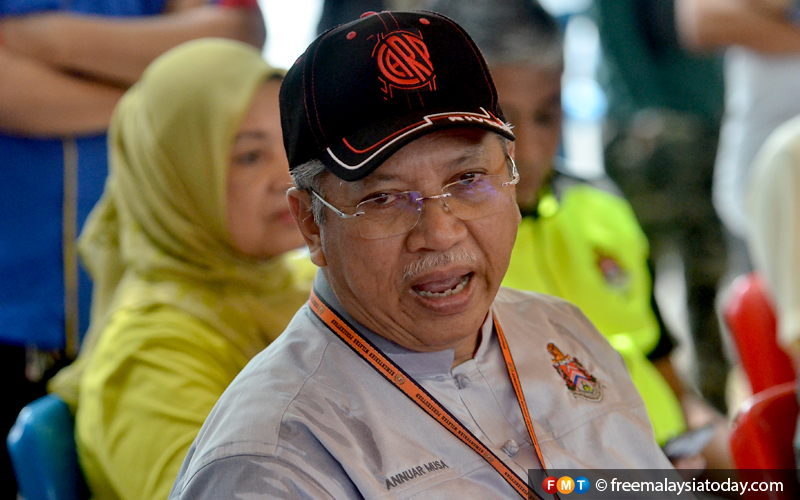 Barisan Nasional secretary-general Annuar Musa says he is happy Dr Mahathir Mohamad has become an independent as he was upset when he joined the opposition.

KUALA LUMPUR: Annuar Musa said he welcomed former prime minister Dr Mahathir Mohamad’s announcement yesterday that he would be forming an independent bloc with five MPs aligned to him.

“The important thing is that Mahathir doesn’t support Pakatan Harapan. It’s better if he is independent … there is room to cooperate,” said Annuar.

“Independent MPs can play a role such as that we’ve seen during the recent Chini by-election and also in Parliament.

“MPs have a right to be independent and this has to be respected by all parties. At least then, we (government MPs and independents) have room to work together,” he said when met by the media today.

“When it comes to national issues and those that involve the people, I am very sure Tun (Mahathir) will be with the government.

“I have known Tun for a long time, and he holds strong principles in matters that are important to the people. I am happy Tun has decided to become an independent. I was upset when he joined the opposition,” he added.

Mahathir and five MPs aligned to him yesterday announced themselves as an independent bloc following a disagreement with Pakatan Harapan’s (PH) decision to back PKR president Anwar Ibrahim as the opposition’s candidate for prime minister.

They said they were sticking to an earlier decision to name Warisan president Shafie Apdal for the top post, adding that DAP and Amanah had made an about-turn despite initially backing the Sabah chief minister.

Matteus on Levandovsky: This is not just the best player in the world. His character and will are unique
Messi trained with a bandage on his left leg. This is a precautionary measure, he will play against Bayern
Karl-Heinz Rummenigge: Neuer is world-class, and Ter Stegen is on the way to it
Chelsea are stepping up negotiations for Havertz after Bayer's relegation from the Europa League, Cech is involved in them
Messi bought a penthouse in Milan. It was reported that Inter is Interested in the player
Real advance refund the Youngster of rental Sociedade. Zidane is impressed with his performance
Barys 20 days before the start of the KHL: they do not know where to play, Legionnaires are cut off from the team
Source https://www.freemalaysiatoday.com/category/nation/2020/07/11/dr-m-can-now-work-with-govt-as-he-is-an-independent-says-bn-sec-gen/

IPCMC must be independent, not under home ministry, says Suaram

Adidas has seen no impact on sales from race row, says CEO

Zac Efron to star in Three Men and a Baby remake

Trump says his ‘great’ relationship with Xi soured after Covid-19

Sarawak bracing for haze as number of hotspots in Kalimantan rises

Water supply in Gombak to be fully restored tomorrow morning

Scientists ask: Without trial data, how can we trust Russia’s Covid-19 vaccine?

Boustead Holdings sues ex-chairman, five others for £6.4m for breach of fiduciary duty

Four months’ jail for Nepalese who beat up security guard

New Zealand locks down Auckland upon virus’ return after 102 days

Medical masks best against virus, not cotton or bandanas

TEMCO implementation by Perlis ahead of federal govt not an issue, says MB

Tengku Zafrul: Moratorium on loan repayments estimated at RM66b as of end-July

Putrajaya to limit additional allocations to govt ministries to once a year, Dewan Rakyat told