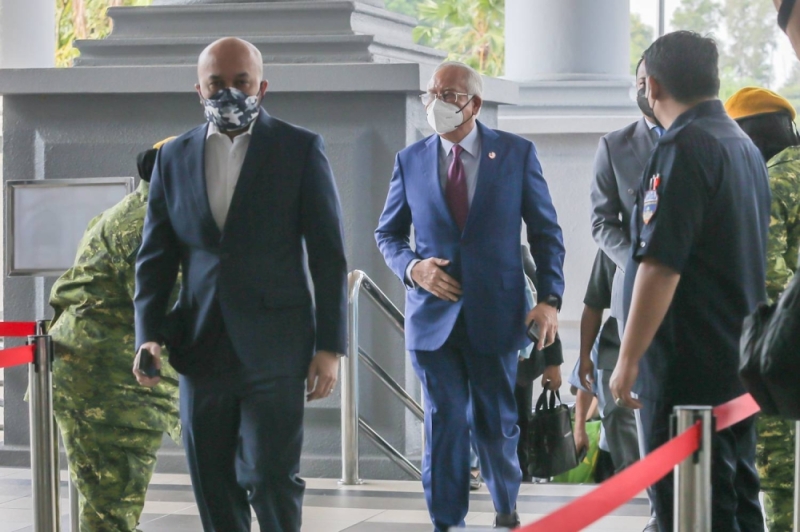 Throughout his tenure as finance minister II from April 2009 until his voluntary resignation in June 2016, Husni told the High Court today that he did not know about any transactions of money from the Finance Ministry-owned 1Malaysia Development Bhd (1MDB) to Najib, and that Najib himself too did not tell him anything.

But Husni said he learnt of the issue of money entering Najib’s private bank account through the Malaysian Anti-Corruption Commission’s (MACC) statement in 2015 which stated that there was RM2.6 billion that went into Najib’s Ambank account.

"After I read the statement about the entry of this money, I confirm I met with Datuk Seri Najib at the PM’s office and asked him about that transaction.

"Datuk Seri answered my question by saying it was as a donation from the Saudi Arabia royal family. When it was told to me like that, I did not make further confirmation on his statement to me,” he said while testifying as the 20th prosecution witness in Najib’s trial over the misappropriation of more than RM2 billion of the Finance Ministry-owned 1MDB’s funds.

Following the pinpointing of him as the person who allegedly knew about the RM2.6 billion transaction, Husni said that it was on the same morning that Najib and Tengku Adnan’s statements were made, that Najib’s media officer had come to meet him.

Husni said Najib’s press officer had given him a statement to be released to the media about the purported RM2.6 billion donation.

"I then met with Datuk Seri Najib to ask about the purpose that statement was given to me to be released. I said to Datuk Seri Najib, if the purpose is to resolve the controversy regarding the RM2.6 billion, why did he not give me the details of the transaction,” he said.

Husni said he was made to understand that Najib had returned RM2 billion and only used RM600 million from the RM2.6 billion sum, adding that he would carry out studies to ensure whether the findings could be accepted by the public and resolve the controversy.

Being made to understand that the RM600 million was used for corporate social responsibility (CSR), Husni said either Najib or he could have made a press statement to resolve the controversy if the findings on the RM2.6 billion were positive.

"However, what I proposed was not carried out and I did not receive further details about that RM2.6 billion transaction until I made the decision to resign,” he said.

Previously in July 2015, US-based financial paper Wall Street Journal had reported a money trail showing US$700 million (RM2.6 billion) as having allegedly ended up in Najib’s accounts months before the 13th general election in May 2013. The MACC in August 2015 claimed that donors in the Middle East had allegedly said the RM2.6 billion was a donation.

Among other things, Husni also confirmed in court that bank documents showed that a RM20 million AmIslamic Bank cheque dated August 1, 2013 and signed by Najib had been deposited into Umno’s CIMB bank account.

"This shows that Datuk Seri Mohd Najib had given his funds totalling RM20 million to Umno,” he said.