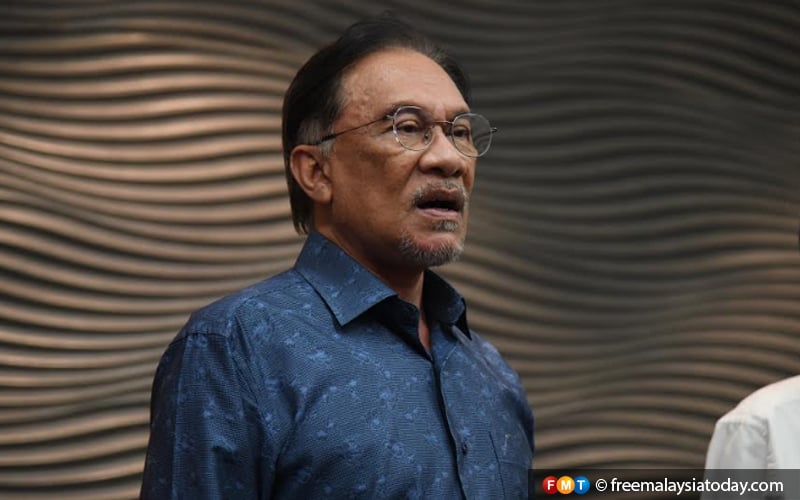 PORT DICKSON: PKR members at a party retreat here today have asked their president, Anwar Ibrahim, to hear them out first before issuing any statements.

This comes after an almost three-hour closed-door meeting between PKR leaders aligned to him and his deputy, Mohamed Azmin Ali.

Among the PKR leaders present were vice-presidents Tian Chua, Xavier Jayakumar and others such as Fuziah Salleh, Johari Abdul and Shamsul Iskandar Md Akin.

Anwar said due to this, he will only issue a statement tomorrow.

“Members told me not to give any statements today and I will have to follow their request,” he told reporters after the closed-door meeting.

It is understood that Tian Chua, who is said to be aligned to Azmin, gave his point of view during the meeting.

Anwar was asked on Prime Minister Dr Mahathir Mohamad’s opening speech last night where he asked members to keep aside their differences in the coalition as any power struggle may cause the rakyat to lose confidence in the coalition.

Mahathir added this may cause PH to lose in the next general election.

Anwar said Mahathir was not referring to PKR specifically but to PH in general.

“What he said was that PH should cooperate,” Anwar said.

The rift in PKR widened after Anwar had told Azmin to quit if he was the man in a gay sex video said to have been taken at a hotel in Sandakan last May.

Former Santubong Youth leader Haziq Aziz had confessed being one of the two men in the controversial video. Azmin had denied he was the other man in the video, claiming such attempts were aimed at killing his political career.

Zinedine Zidane: if the referee gives a penalty, it means it is a penalty
Lizard on the criticism of VAR: In Real life, they don't pay attention to conversations outside the team
Real need to score 5 points in 3 rounds to win La Liga
Gasperini about the 1/4 final of the Champions League: the Match with Juventus is an imitation of the games with PSG
Courtois played 18 dry games in the La Liga season. Real's record is one game away
Real Madrid won the 8th victory in a row and does not miss 5 matches
There was hardly any contact, and even outside the penalty area. Ex-member of Barca's Board of Directors about real's penalty
Source https://www.freemalaysiatoday.com/category/nation/2019/07/20/hear-us-out-first-before-issuing-statements-pkr-members-urge-anwar/

Pandemic exposes scientific rift over proving when germs are airborne

Zakat board fears lack of funds as retrenchments, number of recipients rise

Bursa Malaysia to trade with upside bias next week

Mariah Carey to publish her debut memoir in September

Long road ahead for fully self-driving cars, despite Tesla claim

Accused Ghosn escape plotters too much flight risk for bail, says US judge

Analyst scoffs at talk of Umno and PAS backing Muhyiddin

Ghislaine Maxwell seeks release from custody on US$5 mil bail

Five days on from the joy, life is a pain for McLaren’s Norris

WHO cites AIDS as guide to addressing Covid-19 pandemic

Tedros says Covid-19 review will not impede WHO work

Dou Dou Bake: Launching a designer bakery in PJ in the time of Covid-19

US welcomes WHO inquiry into coronavirus origins in China

The top 10 attractions of Seychelles

Trump will sign immigration order with road to citizenship for ‘Dreamers’

Louis Vuitton quits Paris to show in China and Japan

Local Tamil movie makes it into Malaysia Book of Records

Secret lies in the source of the fire

Fans rally behind Grace Chow and her surgical scars