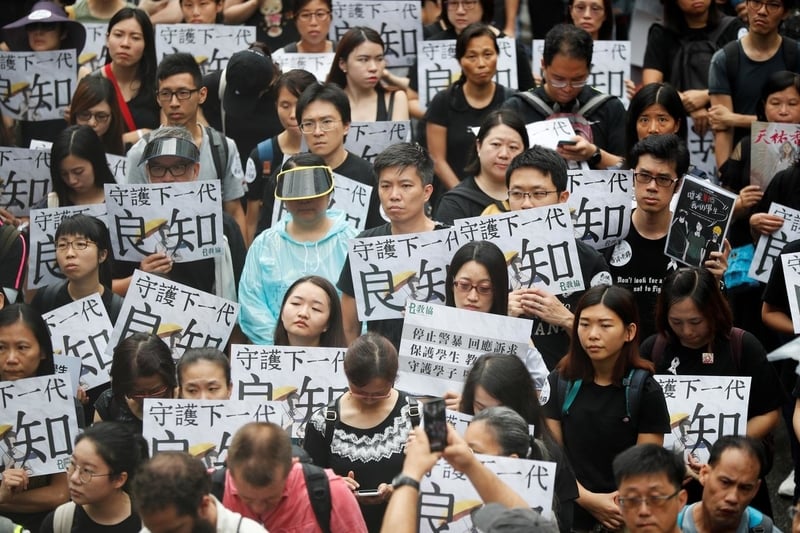 Teachers have expressed fears about HK’s political climate, as Beijing remoulds it in its authoritarian image. (Reuters pic)

HONG KONG: Foreign English-language teachers working in Hong Kong government schools will need to swear allegiance to the city, officials told AFP today, as fears grow about the territory’s ability to retain educators in the face of increasing restrictions.

Hong Kong’s education bureau said that Native-speaking English Teachers (NETs) and advisers working in government-run schools must sign a declaration by June 21 in order to continue working in the coming school year.

Since 2020, Hong Kong has applied oath-taking requirements to an increasing number of jobs, mainly those in the public sector, as a way to fulfil Chinese government demands of loyalty.

NETs must declare they will bear allegiance to Hong Kong and uphold the Basic Law – the city’s constitutional text – as well as be responsible to the government.

“Neglect, refusal or failure” to sign the declaration will lead to contract termination, authorities said.

The new declaration will “further safeguard and promote the core values that should be upheld by all government employees” and ensure effective governance, a government spokesman said.

NETs are normally hired on renewable two-year contracts, with monthly salaries that begin at around HK$32,000 and can go as high as HK$74,000.

Hong Kong introduced the NET programme in 1997 to improve students’ language skills, and has gradually made NETs a standard feature in primary and secondary schools.

In addition to market-beating salaries, NETs enjoy government allowances and other incentives to ensure retention, which has been a growing problem in recent years.

In April, the government reported that 13% of NETs in secondary schools left in the 2020/21 school year, the highest figure in five years.

Officials, however, said retention and attrition rates of NETs have been “largely stable”.

“There are no substantial grounds for attributing the departure of NETs or their decision to or not to come to teach in Hong Kong to our compulsory quarantine measure,” he told lawmakers in April.

Some teachers have expressed fears about the city’s political climate, as Beijing remoulds Hong Kong in its authoritarian image.

The loyalty requirement was first imposed on civil servants in October 2020, and then extended to government staff hired on contract seven months later.

“National security education” has been made a priority in schools and some teachers have said they now avoid sensitive topics such as the 1989 Tiananmen crackdown.