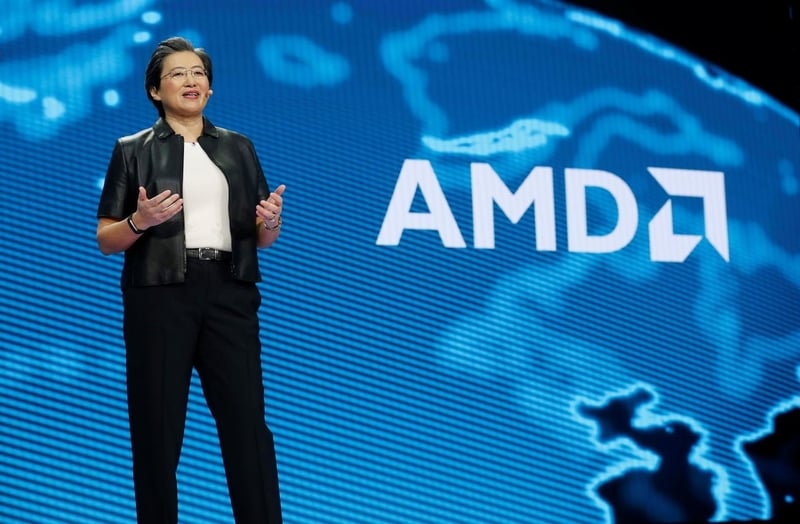 AMD now has deals for 2 out of the 3 most powerful computers being developed by the US govt. (Reuters pic)

SAN FRANCISCO: Hewlett Packard Enterprise Co and Advanced Micro Devices Inc on Wednesday said they had won a US$600 million deal to deliver a supercomputer that will be used by the US Department of Energy’s nuclear security arm to support the nation’s nuclear arsenal.

The awarding of the chip contract to AMD is a big win for the company, which now has deals for two of the three most powerful computers under development by the US government.

All but one of the world’s current top 10 fastest supercomputers use central processor chips from either Intel Corp or International Business Machines Inc, according to supercomputing research group TOP500.

The exception is the third-fastest, which is located in China and uses a domestically developed chip.

Since the end of live detonation tests, using computers to simulate nuclear blasts has become a core part of weapons design. The enormous computing power required has also become a source of international competition and tension.

“That is why it is so important to push the edge” of computing technology, Bill Goldstein, director of the Lawrence Livermore National Laboratory, said at an event in San Jose, California announcing the news.

“To make sure we’re there.”

The United States has barred US firms from doing business with some Chinese supercomputer groups that US officials say have Chinese military ties.

Pete Ungaro, senior vice president and general manager of high-performance computing and mission-critical solutions at HPE, said El Capitan will be about the size of two basketball courts and weigh as much as 35 school buses when complete.

The machine is likely to be 30% faster than previously expected thanks to the use of AMD’s forthcoming “Genoa” central processor units, or CPUs.

El Capitan will also use four AMD graphical processing units, or GPUs, for each CPU chip to speed up artificial intelligence tasks, they said. AMD makes both chips and a system for them to share computer memory, which is more difficult for systems that use chips from separate providers like Intel and Nvida Corp, analysts said.

“AMD is the first to market with them both in same package,” said Addison Snell, chief executive of Intersect360 Research.

HPE said it expects to deliver El Capitan in 2023.

EMCO for miners' quarters in Raub, ending in three other locations

ICUs at near full capacity with 641 patients, says Noor Hisham

We’ll deliver them blows they haven’t dreamt of, says Netanyahu

Far-flung US citizens clamour for vaccines from embassies

UK’s Johnson yet to pay small debt despite court order

Britain to launch public inquiry to examine its Covid response

US vows to keep speaking out until China stops ‘genocide’

Muhyiddin says ‘not tyrant’, unpopular Raya restrictions needed to save lives from Covid-19

Ericsson to pay €80 mil to Nokia in bribes case

We know what you did this Raya, say cops in message to vandals

UK law to give regulator powers to fine tech companies

Ericsson to pay €80m to Nokia in bribes case

PBS can work with any opposition party, including Warisan

Singapore woman, 27, dies at TTSH after she was found lying unconscious at escalator lobby

And the smartphone with the best battery life goes to…

Association of Banks in Malaysia: Repayment assistance continues to be available to borrowers

EMCO at miners’ quarters in Raub from May 14, says Ismail Sabri

‘Possible crime’ committed by both sides in Israel-Palestinian clashes