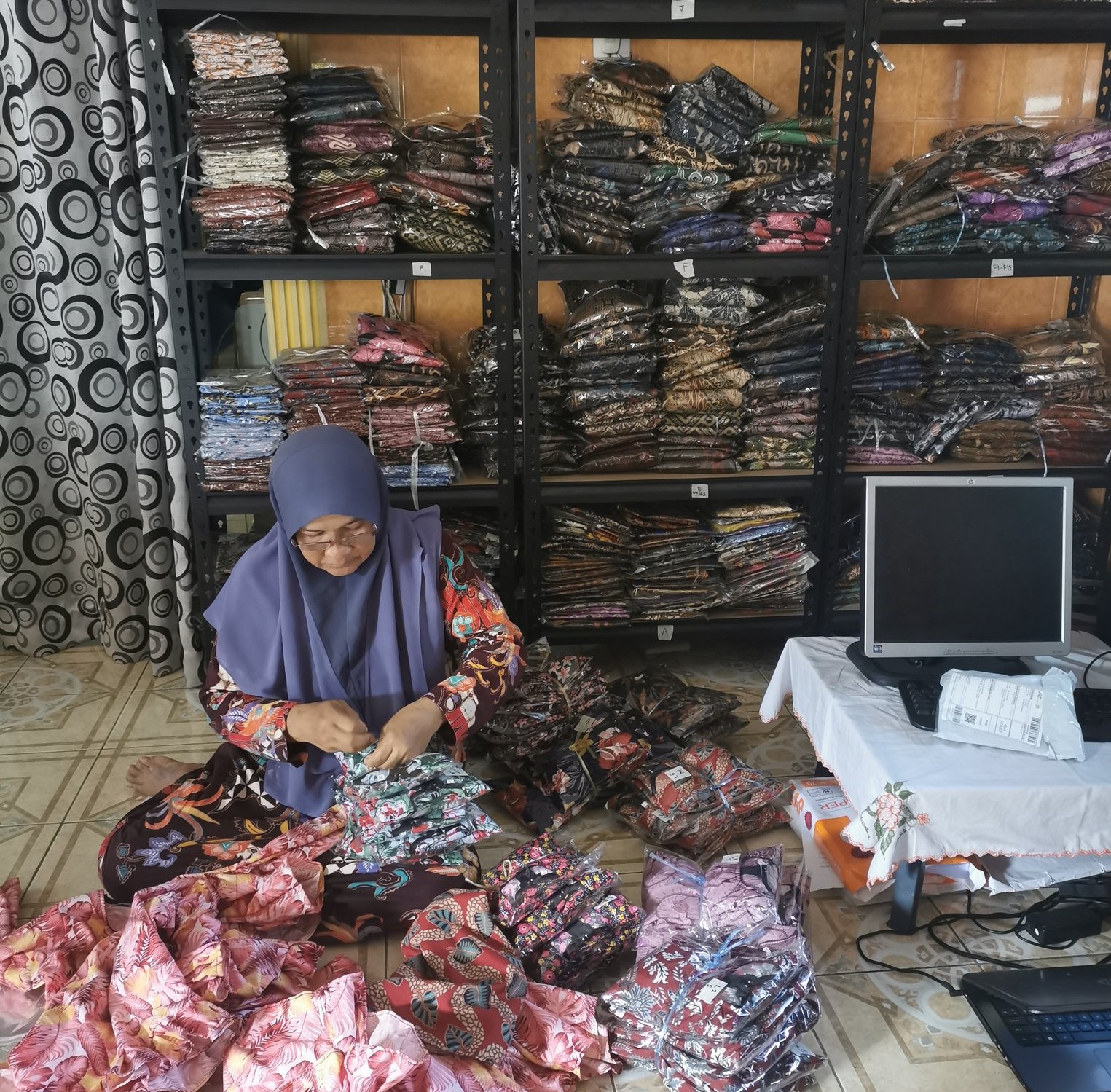 Lead Image: Maishom Abdullah at home sorting clothes to be sent to customers. — Picture via Twitter/AbangUdin

PETALING JAYA, May 5 — A couple from Kedah’s clothing business went beyond surviving to thriving during to the Covid-19 pandemic after moving operations online

This despite the fact they were not equipped with basic online and computer skills.

Both Abdul Aziz Yahya, 67, and his wife Maishom Abdullah, 59, had never used a laptop nor a printer prior to the Covid-19 pandemic as they had a physical clothing stall.

The shift online was thanks to their four children – two who are in Kedah and two more who are outstation, who helped tutor them.

The couple learnt basic skills such as using the printer and their laptops at home via numerous video calls.

Their children also promoted their parents’ clothes business on social media platforms and on e-commerce platforms like Shopee.

The couple has since recorded a 50 percent sales increase in their business compared to before the pandemic.

“When my parents’ business fully shifted online last year, it was towards the Hari Raya celebration, so many people bought their childrens’ clothes online.

“My two sisters who are based in Kedah would occasionally visit them to teach them basic computer skills but it wasn’t on a frequent basis due to the MCO.

“Both my parents were excited to learn new things online because terms like the computer and printer were all foreign to them but they mustered the courage to learn.”.

Aliuddin also posted on Twitter that all of them would call their parents on a daily basis as they would sometimes forget the steps in using the printer or navigating the computer.

Many Twitter users were touched that the couple was still eager to sell clothes despite their age while other users came forward saying that they wanted to purchase the clothes to support the couple.

Other users commented suggesting that a good and stable internet be provided for their parents so that it would ease their online transactions.

For those interested in buying Abdul Aziz and Maishom’s children’s clothes that come in various sizes and patterns, click here or head to their Facebook page.

Many in the dark on RM1.5bil Camerons project, says rep

Carry out mass testing across the country, PH tells govt

Wife of Belgian envoy to Seoul invokes immunity over assault

The uncomfortable reality of abuse in our schools — Azrul Mohd Khalib

Over 80% of Japanese oppose hosting Olympics this year

Free at last to hug and party: UK reopens for business

Bike sales are booming but dealers are evading a discount

Long working hours are a killer, WHO study shows

MCA and Umno – a lesson of friendship and betrayal

US box office: Angelina Jolie’s ‘Those Who Wish Me Dead’ draws paltry RM2.8m as ‘Spiral’ Claims No. 1

US trade chief pressured to lift duties on Canadian lumber

Blinken in flurry of calls to seek end to Mideast clashes

Health DG: Number of those 'brought in dead' on the rise

Covid-19 exposes decades of cracks in our institutions

Goalkeeper to goalscorer as Alisson rescues Liverpool, Spurs up to 6th