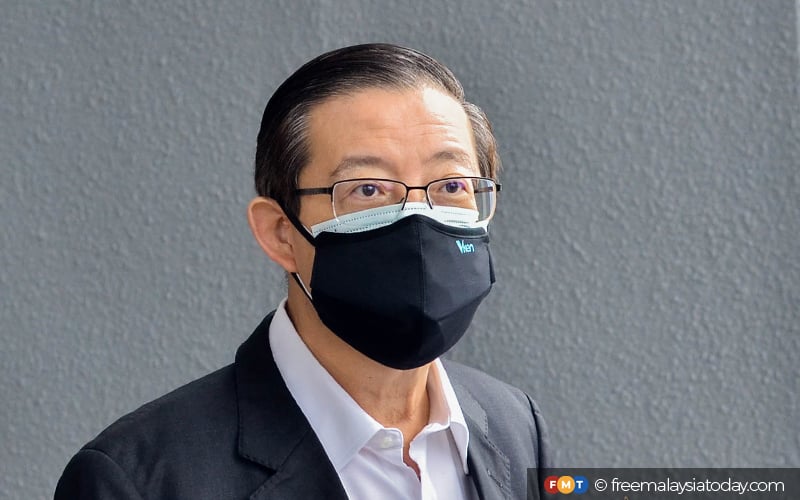 Lim Guan Eng is standing trial on charges of using his position as then Penang chief minister to ask for a 10% cut of the profits from the undersea tunnel project and accepting RM3.3 million in kickbacks.

KUALA LUMPUR: The Lim Guan Eng corruption trial was today told that a key witness, a prominent businessman who had fallen to his death, had not been under pressure when questioned by authorities investigating the undersea tunnel project.

Malaysian Anti-Corruption Commission (MACC) officer Mohamad Hambia told the sessions court that Ewe Swee Kheng was neither fearful nor worried about his safety, contradicting evidence given by his colleague.

Mohamad said he took statements from Ewein Bhd founder and executive chairman Ewe on July 22 and 24, 2020, at the commission’s Putrajaya headquarters.

During cross-examination by lawyer Gobind Singh Deo, Mohamad said Ewe had made no mention of being “fearful”, nor did he appear worried about his safety.

“Was it your duty to ensure a witness (like Ewe) was comfortable when you recorded his statement?” Gobind asked. Mohamad replied in the affirmative.

The court had earlier heard testimony from Mohamad’s colleague, Nazree Mansor, who recorded three statements from Ewe between July 2020 and Aug 14, 2021.

Nazree had told the court that Ewe was worried about his safety after making a “confession” in the undersea tunnel case.

Ewe, who was supposed to testify in Lim’s trial, died on Oct 5, 2021 after falling from his 16-storey luxury condominium unit in Penang and landing in a swimming pool. His last statement, recorded on Aug 14 last year, was tendered in Lim’s trial.

To a question from Gobind as to whether Mohamad knew which political coalition was the government of the day in July 2020, the witness said the question was inappropriate.

However, trial judge Azura Alwi reminded him to answer the question and not to pass judgment.

Gobind then interjected, “you don’t have to be scared”.

The lawyer then pointed out that in July 2020 – five months after the fall of the Pakatan Harapan government – Lim was no longer the finance minister or Penang chief minister.

The officer also read out parts of Ewe’s answers in the latter’s witness statements.

“He told us he did not give YB Lim or Lim Hock Seng anything to obtain the Lot 702 land,” Mohamad said, making reference to Hock Seng, the former Penang exco in charge of public works, public utilities and transportation.

The land on which the project was built is part of the land mentioned in Lim’s corruption case.

Lim is standing trial on charges of using his position as then Penang chief minister to ask Consortium Zenith BUCG Sdn Bhd director Zarul Ahmad Mohd Zulkifli for a 10% cut of the profits from the undersea tunnel project and accepting RM3.3 million in kickbacks from the businessman.

He is also accused of two counts of dishonestly misappropriating RM208.7 million worth of state land to two companies.