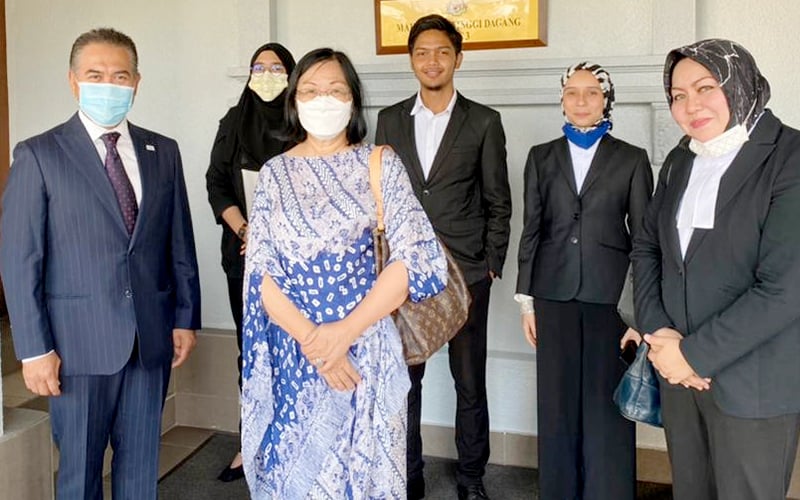 KUALA LUMPUR: Petaling Jaya MP Maria Chin Abdullah is seeking to challenge a show cause order by the Shariah Court for contempt over a statement that allegedly insulted the Islamic judicial system.

In a bid to initiate a judicial review, she wants the High Court here to quash the Shariah Court order on Oct 14, 2019 that allowed businessman SM Faisal SM Nasimuddin to initiate contempt proceedings against her.

She claimed the order was made in bad faith.

Maria had, on Sept 5, 2019, issued a press statement saying “Muslim women are still being discriminated (against) under Malaysia’s shariah legal system”.

She had said the Shariah Court’s decision to sentence Faisal’s former wife, Emilia Hanafi, to seven days in prison for rescheduling his visitation dates for her children was a “grave injustice” and a “total disgrace to the judicial system”.

She also wants the High Court to declare that the Shariah Court had violated its own powers provided for under the Federal Constitution by interpreting a federal law.

“Faisal also filed an application to intervene in our proceedings today,” he said.

The uncomfortable reality of abuse in our schools — Azrul Mohd Khalib

Over 80% of Japanese oppose hosting Olympics this year

Free at last to hug and party: UK reopens for business

Bike sales are booming but dealers are evading a discount

Long working hours are a killer, WHO study shows

MCA and Umno – a lesson of friendship and betrayal

US box office: Angelina Jolie’s ‘Those Who Wish Me Dead’ draws paltry RM2.8m as ‘Spiral’ Claims No. 1

US trade chief pressured to lift duties on Canadian lumber

Blinken in flurry of calls to seek end to Mideast clashes

Health DG: Number of those 'brought in dead' on the rise

Covid-19 exposes decades of cracks in our institutions

Goalkeeper to goalscorer as Alisson rescues Liverpool, Spurs up to 6th

Home Ministry: Security in country to be beefed up

Sabah to ban inter-district travel from May 27-June 3

As Covid ebbs, tourists make their comeback to US capital

Goalkeeper to goalscorer as Alisson rescues Liverpool, Tottenham up to sixth