N.Korea slams Japan over its trade spat with Seoul 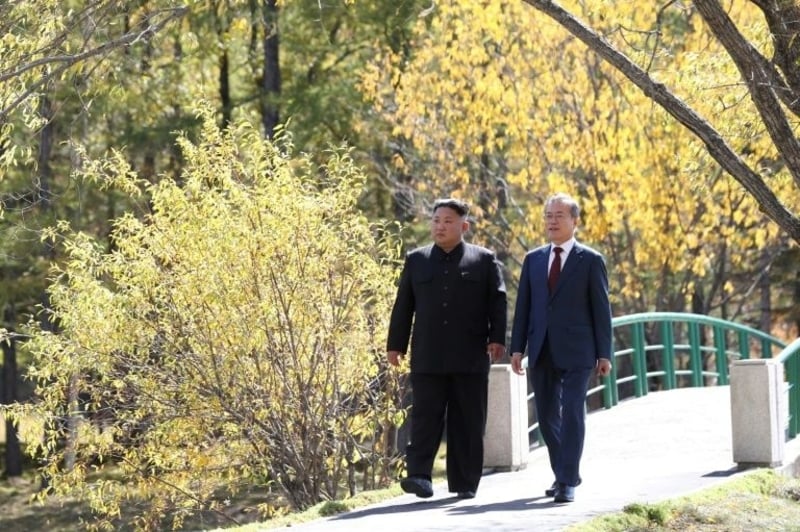 North Korea has repeatedly warned the South to stop ‘meddling’ in nuclear talks between Pyongyang and Washington, but sided with Seoul for its trade row with Tokyo. (AFP pic)

SEOUL: North Korea’s state media has slammed Japan for its recent trade restrictions against Seoul over wartime slavery disputes, accusing Tokyo of “destroying the trend of peace” on the Korean peninsula.

After South Korea’s high court ordered Japanese firms that used forced labour to compensate Korean victims, Tokyo earlier this month restricted the export of several chemicals to South Korea that are crucial to its world-leading chip and smartphone companies.

North Korea has repeatedly warned the South to stop “meddling” in nuclear talks between Pyongyang and Washington, but sided with Seoul for its trade row with Tokyo.

Japan is one of the most hawkish of the major powers on the nuclear-armed North – whose leader Kim Jong-un agreed to a resumption of dialogue with Tokyo and Seoul’s major ally the US last month – and has received some of Pyongyang’s harshest rhetoric.

Japan is “trying to destroy the trend of peace on the Korean Peninsula by putting pressure upon South Korea through the restrictions”, reported the North’s official Korean Central News Agency (KCNA) on Friday night, describing Japan as its “sworn enemy”.

It added: “The human, physical and emotional damage Japan has caused to the Korean people (during its colonial rule) cannot be compensated even if the entire nation of Japan sacrifices itself.”

Pyongyang’s remarks came as a top South Korean official said “all options” were open on the fate of a military intelligence-sharing agreement known as GSOMIA – a pact that enables Seoul and Tokyo to share intelligence regarding North Korea – if Japan does not withdraw its trade restrictions.

Tensions escalated Friday as a South Korean man in his 70s died after setting himself on fire outside the Japanese embassy in Seoul, and Japanese foreign minister summoned the South Korean ambassador in Tokyo over the dispute.

South Korea and Japan are both US allies and democracies, but relations between the two have long been strained over issues related to Tokyo’s brutal 1910-45 colonial rule of the Korean peninsula.

US President Donald Trump, who had a historic, impromptu stop on North Korean soil last month, said he remained at the ready to help South Korea and Japan solve their dispute.

Japanese Prime Minister Shinzo Abe, seen as a foreign policy hawk, has repeatedly asked Trump to seek answers on the fate of Japanese people who Tokyo believes were abducted by Pyongyang.

North Korea, whose state media excoriates Japan on a near-daily basis for its wartime aggression, has shown little interest in engagement with Tokyo – while its leader Kim has had summits with world leaders including Trump, China’s Xi Jinping, Russia’s Vladimir Putin and South Korea’s Moon Jae-in in recent years.

YouTubers Sugu and Pavithra meet PM for the first time