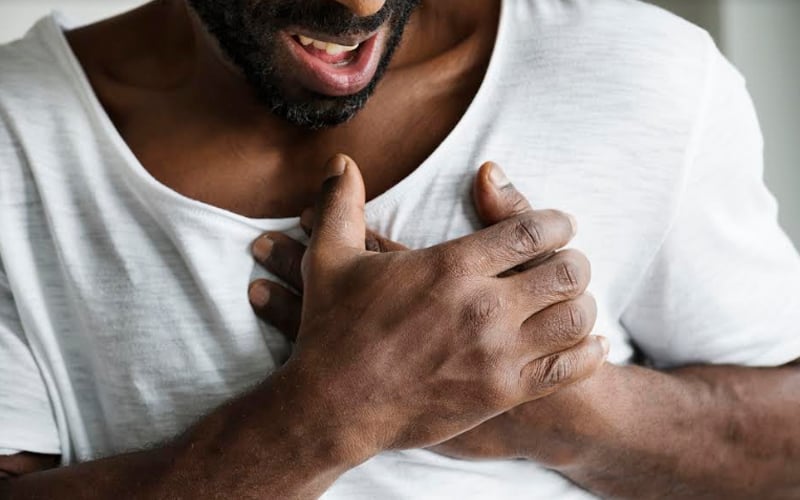 According to data from a 2017 study by the European Registry of Cardiac Arrest, sudden out-of-hospital cardiac arrest (OHCA) is the third leading cause of death in industrialised countries. (Rawpixel pic)

Out-of-hospital cardiac arrest is a major public health problem and can cause major long-term morbidity. The risk of long-term brain damage for cardiac arrest patients is extremely high, but it can be difficult to predict early on after hospital admission.

In order to help specialised centres improve treatment for these patients, researchers at King’s College London and King’s College Hospital have created a barometer to evaluate the seriousness of symptoms.

Called MIRACLE2, the tool is aimed at aiding clinical decision-making, improving appropriate treatment selection, and better informing family members early on after hospitalization. Their work has been published in the European Heart Journal.

The study took into account data from 400 out-of-hospital cardiac arrest patients treated at King’s College Hospital and identified the characteristics of the patients who suffered brain damage.

The team then created a predictive model to come up with a score that is easily applicable by clinicians during the admissions process at cardiac units.

Professor Ajay Shah, BHF Professor Cardiology at King’s College London and Director of the King’s BHF Centre of Research Excellence, said: “People who suffer a cardiac arrest in the community are among the most serious and complex emergency patients to manage, with a wide range of possible outcomes from complete recovery to possible long-term brain damage.

“The new risk score developed in our study should greatly aid ambulance teams and emergency heart doctors to make early decisions about the best treatment option for each patient,” said Ajay Shah, Professor of Cardiology at King’s College London.

According to data from a 2017 survey by the European registry of cardiac arrest, sudden out-of-hospital cardiac arrest (OHCA) is the third leading cause of death in industrialized countries. It also reported that more than 350,000 patients are victims of OHCA in Europe.

Director Of Intera: We are not negotiating a transfer for Kante. Inter Sporting Director Piero Ausilio commented on the Interest in Chelsea midfielder Ngolo Kante and the possible transfer of defender Milan Skrinjar to Tottenham
Lampard 3-3 with West Brom: Chelsea lost two points, we showed character. This is a big lesson for us
Abraham on 3-3 with West Brom: Chelsea made some mistakes that are unacceptable at this level
In 2011, Abramovich bought 50% of the rights to the player who played against Chelsea in the Champions League. But there will be no consequences
Chelsea have conceded the most away goals in the Premier League since the start of last season - 42
Koeman convinces BarSU to buy Depay. Barcelona manager Ronald Koeman still wants to see Lyon forward Memphis Depay in the team
Hasselbaink on Tiago Silva: He's still a little out of shape. Surprised to see him start
Source https://www.freemalaysiatoday.com/category/leisure/2020/08/03/new-tool-can-assess-brain-damage-risk-from-cardiac-arrest/

Find the courage to do what’s right, Muhyiddin tells UN

After losing in all seats contested, MCA vows to address shortcomings

Solskjaer relishes late winner at Brighton and asks for more

Zahid: GRS member that won most seats must be given mandate to lead Sabah govt

US tightens exports to China’s chipmaker SMIC, citing risk of military use

Koeman says he has no doubts about Messi

India’s vaccine production will be available to all humanity, says Modi

VAR to the rescue as Man United edge Brighton

Serena ‘not at 100pc’ in hunt for Grand Slam record

Sombre mood at Warisan HQ as GRS set for win

Serena rooting for F1 champion Hamilton as both eye records

Unofficial: GRS 1 seat away from victory

Cops: 12 members of Gang 21 arrested over shooting incident in Banting

Rossi, 41 signs up for another year in MotoGP

Zuraida: Now not the best time for general election due to Covid-19, economy

Even a ‘Power Ranger’ came to cast his vote in Sabah

As Trump names his next Supreme Court nominee, focus shifts towards Senate