No limits to diners per table, says MCA president 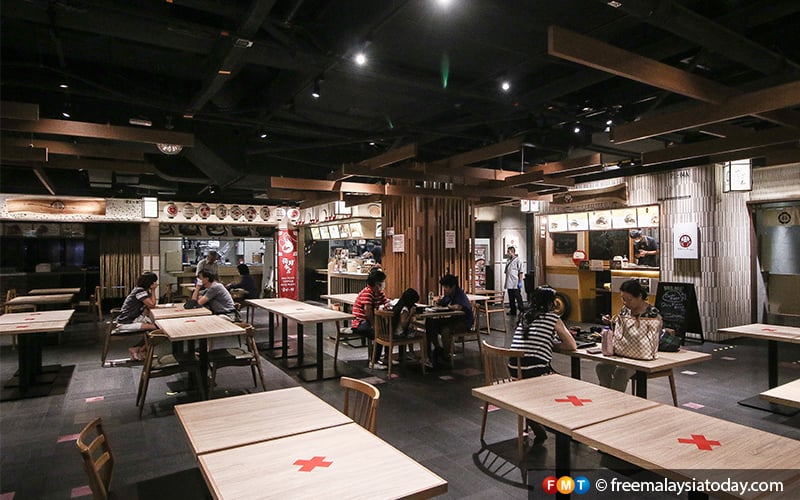 Wee Kas Siong says restaurateurs have complained of unclear guidelines on the number of dine-in customers allowed and whether senior citizens and young children are allowed.

PETALING JAYA: MCA president Wee Ka Siong said Putrajaya is not imposing any limits on the number of diners sitting at a table in restaurants, allaying public confusion over the matter.

“If a table can sit 10, then 10 people will be allowed at that table, with social distancing being practised by the customers.”

His Facebook post came after a meeting with representatives from the Ku Su Shin Choong Hung Association and the Restaurant Keepers Association from Selangor and the Federal Territories.

Wee, who is also transport minister, also assured restaurateurs that he would be bringing up their request to hold gatherings, including wedding banquets, with the government.

He said restaurateurs had complained of unclear guidelines on the number of dine-in customers allowed and whether senior citizens and young children can dine at their establishments.

He said this has led to confusion and customers were apprehensive about eating at restaurants, resulting in bookings being cancelled.

Customers of all ages are allowed to dine in so long as restaurants enforce the standard operating procedures (SOPs), Wee said.

He said this included taking down customers’ personal details, checking body temperatures of both staff and customers, providing hand sanitisers and practising social-distancing.

“The food and beverage industry is an important pillar of the country’s economy. Restaurant operators must cooperate and follow the SOPs set by the government, including sanitisation and observing proper hygiene when handling food and ingredients. Practising these SOPs will help regain customers’ confidence.”

Atalanta captain Gomez is the first Serie A player in the twenty-first century to give 15 assists in a season
Manchester City arranged a championship corridor for Liverpool
Mohamed Salah: I hope to stay in Liverpool for a long time
La Liga President: Many try to justify failures on the field by talking about rest and schedule
Rivaldo on Griezmann: I Don't understand why the world champion and multi-million dollar transfer only comes out at the last minute
The Doctor Sociedad: The Youngster from serious injury. We are not currently considering the option of surgery
Klopp made Liverpool Champions. Now it's your turn: the game Showsport
Source https://www.freemalaysiatoday.com/category/nation/2020/06/18/no-limits-to-diners-per-table-says-mca-president/

Go for second Covid-19 test or else, cops warn those who returned from abroad

Holders of Pakistani pilot licences barred from working in Malaysia

India clears purchase of 33 Russian combat jets worth US$2.4 bil

Up to 20,000 spectators to attend French Open each day

Hamilton insists Formula One must speak out on racism

Link between high blood pressure while pregnant and heart disease

Hamilton again says his sport must speak out on racism

Trump cheers US economy after June jobs surge despite virus

Singapore GE2020 party broadcasts: PAP has ‘delivered what we promised’, but Opposition warn against having an unchecked ruling party

Drive-thru wedding reception in Kluang becomes a hit among netizens

Putin thanks Russians for ‘support and trust’ after vote

At least 126 killed as Myanmar jade mine collapse buries workers

Covid-19: No fans at La Liga stadiums for rest of the season, say organisers

5 things to know about the Hagia Sophia

Indonesia seeking its own Covid-19 vaccine amid worry about access

Bus to be provided for students who walk 3.8 km between hostel and school

Depression common during transition to menopause

The pitfalls of UK’s citizenship offer for Hong Kong

Parents of preschoolers complain about face mask requirement for kids

Jail up to two years, fine, or both for non-compliance, police tell 620 Covid-19 test dodgers

Singapore GE: WP hits back at ‘PAP-lite’ comment, says ‘proof of pudding is in the eating’

Novartis agrees to US$642 mil settlement over kickbacks to doctors