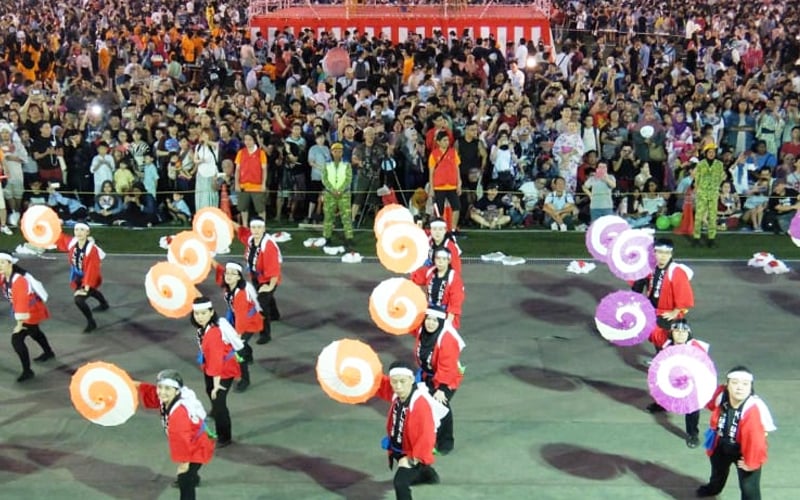 From Sisters in Islam

Let’s face it. Islamic political parties and religious authorities in Malaysia have a problem with cultural traditions and practices, whether it belongs to other people or it is ours.

In 1991, the ruling PAS state government in Kelantan declared that the Mak Yong has elements of superstition and worship, and so declared it “haram”.

It wasn’t until 2019 that the Mak Yong was performed after almost 30 years of being banned from the public stage. Even then, women were still prohibited from performing the Mak Yong.

Its content and dialogue was also modified, supposedly in compliance with shariah, as warranted by the Kelantan state government.

After two years of limited movement due to the Covid pandemic, we are struck with another sweeping declaration by the minister in charge of religious affairs Idris Ahmad, who advised Muslims to stay away from the upcoming Bon Odori festival in Selangor on July 16.

According to him, Jakim found that the Bon Odori festival had elements of other religions. Is Jakim’s extensive budget spent studying and analysing different cultures and religions worldwide?

What kind of expertise is now available in Jakim to critically assess, evaluate and directly engage the people of Japan and Malaysia and explain to all of us the elements of the Bon Odori festival in Malaysia that would lead to a violation of akidah (creed)?

It seems not to be limited to Jakim and PAS. The Penang mufti, Wan Salim Wan Mohd Noor also has a similar view. Perlis mufti Asri Zainul Abidin deemed it within his purview to tell the organisers how their festival should be renamed to avoid confusion with the original festival.

Who is holding these religious authorities accountable for their claims? Can they be taken to task and questioned?

How can there be appreciation, celebration and goodwill among Malaysians and other communities living in Malaysia when the rationale to maintain the akidah of the Muslims will always be used to limit social and cultural participation, interactions, and performances?

Aside from speaking in Bahasa Melayu and eating Malay food, how do these religious authorities identify themselves as Malays and Malaysians culturally when they have stripped off and sanitised themselves off the traditional Malay and Malaysian practices, arts and performances?

For a country that is intensely going through an Islamisation process in the political, legal, public and private domain, PAS, Jakim and religious figures are still not confident that Muslims in Malaysia can discern between their faith and appreciation of cultural practices, performances and festivals.

In essence, it seems that Muslims in Malaysia must be policed at all times, in thought and practice, because they cannot nor should not make these distinctions for themselves, consciously or subconsciously.

Only PAS and Jakim know what is best for us Muslims in Malaysia, it appears.

The Sultan of Selangor’s decree for the Bon Odori festival to proceed as planned is welcomed with relief. Nevertheless, this constant reliance on the monarchy to bring moderation of views and decisions by religious parties and authorities is unhealthy and unsustainable in the long run in a country that claims to promote democracy and tolerance of diversity and differences but whose people are expected to fall in line when authority speaks.

Despite the royal decree, PAS still calls for Muslims to stay away from the festival. It raises the question of which authority will prevail in the cacophony of voices of authorities.

Is living in a democratic country limited to only voting in the elections, and the rest of the time, we heed the voice that is the loudest or wields more political or social power?

In the meantime, the Bon Odori festival has been held annually since 1977.

The 2022 festival is organised by the Japan Club of Kuala Lumpur, Japanese School of Kuala Lumpur, and the Japanese embassy, in cooperation with the Alumni Look East Policy Society (Aleps), Japanese Graduates’ Association of Malaysia (Jagam), Japanese Chamber of Trade and Industry, and Tourism Selangor, with the support of the Selangor state government, Invest Selangor, and Perbadanan Stadium Malaysia.

Multiple parties and resources are galvanised to bring this joyful event to Malaysians to foster a better understanding and appreciation of the Japanese people and her culture.

PAS has not outwardly declared the Bon Odori as haram as it did with the Mak Yong in 1991. Nevertheless, their views may impact Muslims in Malaysia, who may seriously reconsider and heed their call not to participate.

Would the Bon Odori festival be limited to only non-Muslims in the future? Would the Japanese organisers review holding it as an annual event?

To PAS and Jakim, what seems to matter most is your akidah as a Muslim, which is the be-all and end-all when governing all Malaysians and dealing with international relations.

So, welcome to what is already a joyless Malaysia.

The statements by the religious minister, PAS, and the muftis of Penang and Perlis continue to promote intolerance and bigotry in a plural and multicultural society.

Islam should not be made the cause of difficulty for Muslims to co-exist with people of different faiths, beliefs and cultures.

Inclusivity is one of the important traits for living in a harmonious multicultural setting. For the past two years, Malaysians have been inundated with the challenges of political and economic instability, the Covid-19 pandemic, food security and climate change issues, to name a few.

On top of all these sufferings, can we just for once not waste our time, energy and intellectual capacities on these bigoted decisions that we didn’t ask for and that which aims to divide and tarnish the values of inclusiveness we have in our society?

Sisters in Islam is a non-governmental organisation working towards advancing the rights of Muslim women in Malaysia.

The views expressed are those of the writer and do not necessarily reflect those of FMT.