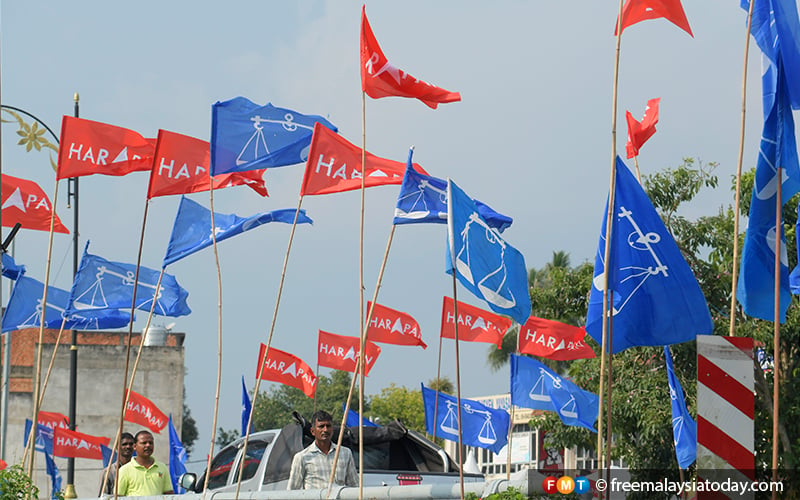 A by-election is scheduled to be held on July 4 in the Chini state constituency, Pahang.

PETALING JAYA: An Umno Supreme Council member has urged Pakatan Harapan to opt out of a by-election in Chini, Pahang, next month, citing the opposition coalition’s poor performance in constituency at the 2018 general election.

Sharkar Mohd Shamsuddin said the seat was won by Barisan Nasional with a 4,622 majority in a three-cornered fight involving PAS and PH, which only mustered a little over 1,000 votes, or 6% of the total votes.

With BN now working with PAS through the Muafakat Nasional alliance, the end result would be a “foregone conclusion”, he said.

A contested by-election would be “an unnecessary strain on the public coffers and creating a public health risk because of Covid-19.

If there had been an even contest in 2018, it would be democratic to seek a fresh mandate, but given the current state of affairs, and the unlikelihood that PH would make any inroads, Sharkar said it would be best for PH not to contest the seat.

Both government and opposition parties could show camaraderie in the people’s interest. “After all BN sat out the Port Dickson by-election for the sake of the national interest,” he said, referring to the contest in which PKR president Anwar Ibrahim secured the seat in a seven cornered fight.

The Chini by-election will be held on July 4. The seat fell vacant following the death of Abu Bakar Harun two weeks ago.

Ex-city defender Onuoha: I never felt safe in the US. If the police don't like it, you can lose your life
Barcelona wants to bring back 19-year-old Manchester City defender Garcia. The English are not going to let him go
Gianni Infantino: We must all say no to racism and violence. In any form
Barcelona for 4.5 million euros will buy 70% of the rights to 19-year-old forward Sao Paulo Maya
Martin Ødegaard: Sociedad wants to get into the Champions League is a dream. It's hard to fight Real Madrid and Barca, but we can fight the rest
Newcastle midfielder Longstaff is close to a move to Udinese. His salary will increase by more than 30 times
Milan defender Duarte was injured. This is the second injury at the club after resuming training
Source https://www.freemalaysiatoday.com/category/nation/2020/05/23/ph-should-skip-foregone-conclusion-at-chini-polls-says-umno/

Agreement reached on funding of South Korean workers at US bases, Pentagon says

India evacuates 100,000 from homes, virus hospital ahead of cyclone

Britain’s Johnson offers ‘route to citizenship’ for millions in HK

Moscow slams US 'police impunity' over attacks on media

When set as a wallpaper, this image crashes your Android

'I want justice': Mother of Floyd's daughter says he was a good man, father

How to deal with too many applicants for every role

New normal in the job market

Spike in electricity bills due to MCO

‘13 Reasons Why,’ ‘The Twilight Zone,’ ‘El Presidente’: Five series not to be missed in June (VIDEO)

Shooting of ‘Avatar’ sequels to resume in two weeks

Wall Street closes up on signs of economic rebound

US cops take a knee with protesters in show of solidarity

No race cancellation even if driver has virus, says F1 boss

Malaysians need to learn to be angry about the right things

7 sensible ways you can grow your wealth

Author reconnects with ‘Me Before You’ heroine in new novel

France’s Covid-19 deaths go up but hospitalisations down

The joys of sleeping with an Android

No race cancellation even if driver has Covid-19, says F1 boss

Readers reminisce as two MPH bookstores in Klang Valley close on June 6, others to follow suit