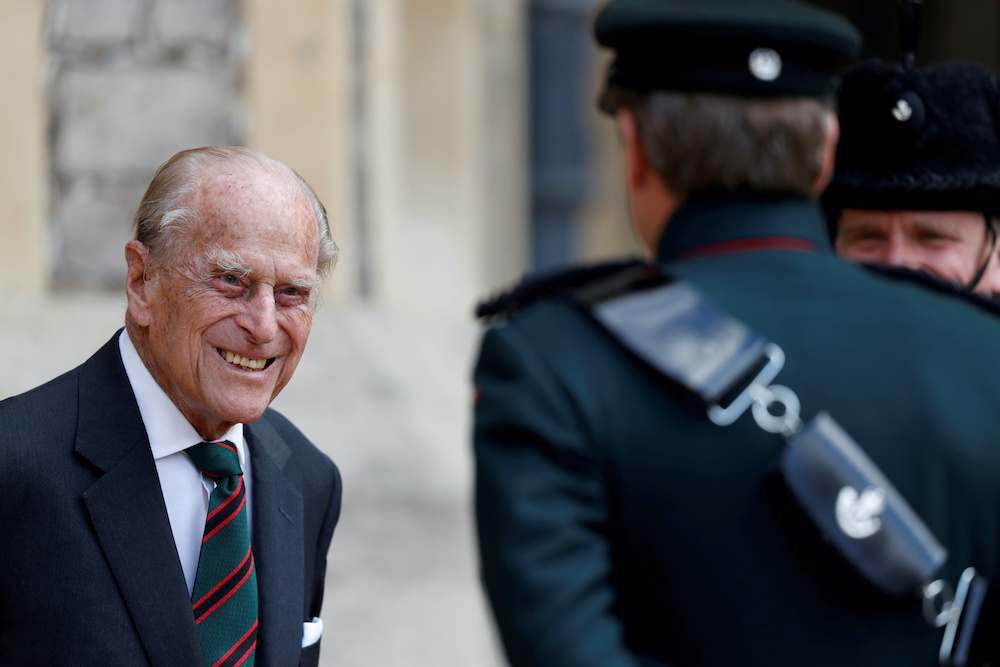 LONDON, Feb 24 — Queen Elizabeth II’s 99-year-old husband Prince Philip will spend more time in a London hospital where he is being treated for an unspecified condition, Buckingham Palace said yesterday.

“The Duke of Edinburgh remains at King Edward VII’s Hospital where he is receiving medical attention for an infection,” a statement said.

“He is comfortable and responding to treatment but is not expected to leave hospital for several days.”

Philip, who has been married to the queen for 73 years, was admitted to the private London hospital a week ago as a “precautionary measure” after he felt unwell, according to the palace.

His youngest son, Prince Edward, earlier told Sky News television that his father was “a lot better..., and he’s looking forward to getting out.

“So we keep our fingers crossed.”

Edward said his father was feeling frustrated inside the hospital as “you can only watch the clock so many times and the walls are only so interesting.

“We’ve had some brilliant and lovely messages from all sorts of people and we really appreciate that and so does he, I’ve been passing them on,” he added.

On Monday, Philip’s grandson, Prince William, said the duke was “OK” and being closely monitored by medical staff.

The prince was able to walk into the hospital unaided last Tuesday after arriving in private transport rather than an ambulance, a source said at the time.

Palace sources have said that his admission was not coronavirus-related. Both he and the Queen received first doses of a Covid-19 vaccine in January.

Heir to the throne Prince Charles visited his father in hospital on Saturday but did not comment on his state of health.

Philip, a former naval officer, was treated at the same hospital in August 2012 after a recurrence of a bladder infection that laid him low during the queen’s diamond jubilee celebrations.

The previous year, he had a stent fitted after suffering a blocked coronary artery. — AFP

The day the towers fell

US stocks rebound after jobs data

UK paper told to publish Meghan’s privacy win against it

Queen’s husband Philip moved back to private hospital to recover

US trade deficit widens in January as imports accelerate

Proton looking to develop its own DNA for design

Israel’s dilemma: to work with ICC ‘war crimes’ probe or not?

India beefs up borders to stop arrivals from Myanmar

I’m ready to talk’, says Meghan ahead of Oprah interview

No one influenced us, says Umno’s No 2

Tok Mat: Umno’s decision on Bersatu not influenced by anyone

Germany to compensate energy firms €2.4b for nuclear exit

Think City study: Five Malaysian cities got hotter over the decades; KL had lowest increase, Ipoh the most

Malaysian cricket matches to be livestreamed to over 15 million people in India, says cricket association

Formula One confirms Portuguese GP for May 2

Forget the brands, all vaccines are good, says Muhyiddin

I hope Umno returns to the fold, says Azmin

Frontliners around the country get their shots

Gout drug does nothing for UK’s hospitalised Covid patients

Expert: World no closer to answer on Covid-19 origins despite WHO probe

France promise tighter bubble after being cleared of Covid-19 breach