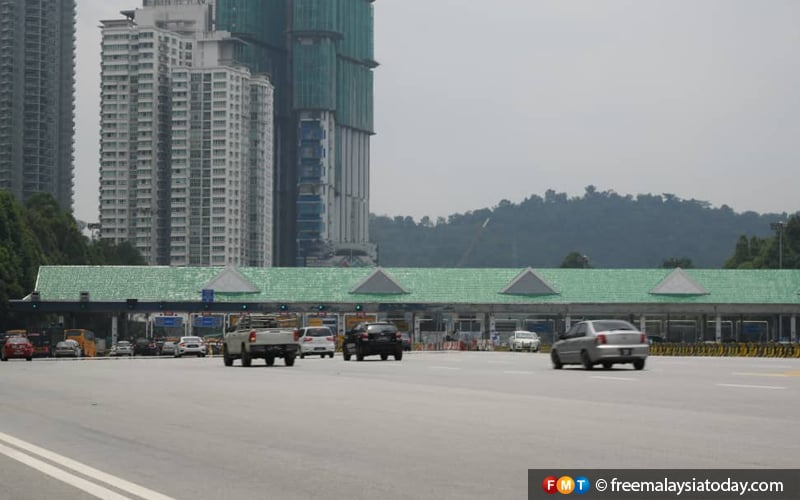 The DAP secretary-general said in a statement today that it would punish motorists using these highways, who would enjoy savings of RM500 million for this year alone from the reduced toll charges.

He said as a result of the PH policy, the government would save RM600 million in 2020 alone from not paying compensation to PLUS for deferring toll hikes.

“The savings are most evident for the second bridge users who used to pay RM8.50 and now pay RM5.74, a saving of nearly RM3,” Lim said.

Works Minister Fadillah Yusof recently said a review of the discount would be brought to the Cabinet due to its impact on the National Privatisation Policy.

“Clearly, PN is practising revenge politics by dismantling bit by bit the policies implemented by PH, including the 18% toll discount on PLUS highways,” said Lim, who is also Bagan MP.

A review would also be a burden to motorists under the present economic conditions as a result of the Covid-19 pandemic, he said, adding that the move was “short-sighted and irresponsible”.

“PN should stop this 18% toll discount review if it has the best interests of the people at heart.”

The toll discount for PLUS highways was implemented in February last year as part of PH’s manifesto on the abolition of tolls. The toll rates will be fixed throughout the concession period, extended for another 20 years, from 2038 to 2058.

Italian sports Minister: we will do everything To make the stadiums open again, from October 8
Morata will receive 7.5 million euros a year in See. He took a pay cut for a move
Liverpool made a request for Dembele's loan in June. The Frenchman decided to stay at Barca
Sane on Robben and Ribery: I don't allow comparisons. The two of them have been world-class for 10 years
Atletico defender Jimenez has contracted the coronavirus. The club canceled morning training as a precaution
Canidia about Messi: Leo gets lost and suffers when his team is not the best on the field
Lampard confirmed that goalkeeper Mendy is undergoing a medical at Chelsea
Source https://www.freemalaysiatoday.com/category/nation/2020/08/14/review-of-18-toll-cut-will-punish-plus-highway-users-says-guan-eng/

Innovation is the way to fight EU palm oil ban

King admitted to IJN for monitoring

Uefa taking big risk by having 20,000 fans at Super Cup final in Hungary

Police say it again: Don’t cycle on highways in Malaysia or you risk being fined

India’s new coronavirus infections at lowest in almost a month

Making the right choice: Is it wise for Malaysians to opt for a mobile phone bundle plan?

Decision on bid to dismiss Dr Mahathir, others’ challenge against appointment of Speaker, Deputy Speaker set for Nov 10

Guardiola says Man City squad is stretched to its limit

Ismail Sabri: No compromise on those who belittle security forces

Another Covid-19 cluster detected in Semporna

Malaysia prepared but must address weaknesses in dealing with Covid-19, says WHO

Germany tells Britain to ‘stop the games’, time running out for deal

Jamaludin to retire as Celcom Axiata chairman on Oct 15