Singapore cops say they are 'firmly against workplace discrimination’, after ex-officer claims appraisal dropped due to pregnancy 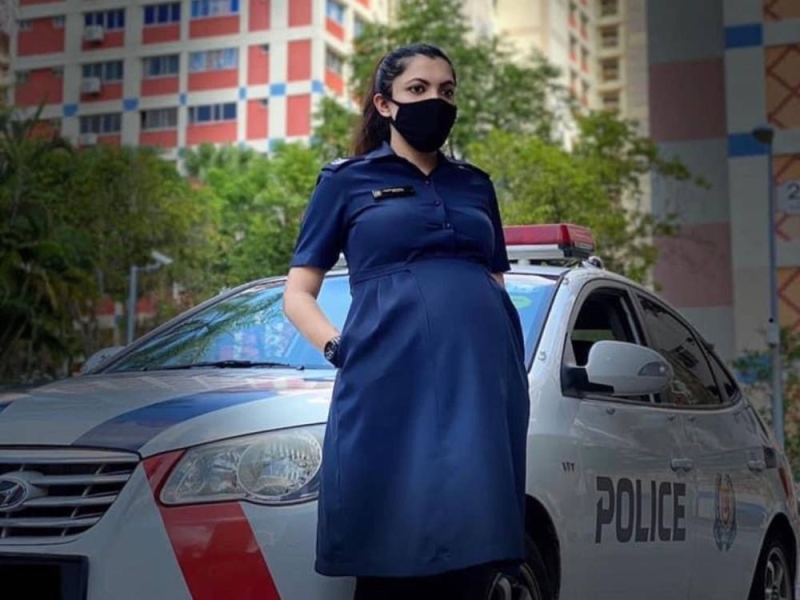 Reema Razif, in a Facebook post on April 2020 where she talked about being 30 weeks pregnant with her third child but ‘still hustling with no complaints’. ― Picture via Facebook/Reema Razif

SINGAPORE, June 9 — The police yesterday (June 8) stressed that they take a firm stance against workplace discrimination practices and do not penalise pregnant officers, after an ex-officer and mother of four young children alleged that she was told her performance grade dropped because of her pregnancy.

“The Singapore Police Force (SPF) builds fair and progressive workplaces for our employees. Many of our female officers excel in their career, balancing work and family responsibilities,” the police said.

“The SPF does not penalise officers who are pregnant and instead, provides alternative work arrangements to ensure their well-being.” This was in response to a Facebook post on Tuesday by Reema Razif, who said that she was in service for 11 years and have “no regrets” in her chosen career where she gave her “100 per cent”.

“Unfortunately, it was and never will be enough. Being told that my performance grade dropped ‘cos you were pregnant what’ and being advised to ‘take up some projects during your maternity leave’ was not something I could resonate with,” Reema wrote.

She added: “Working throughout my pregnancies, lifting heavy equipment for my peers (willingly), sacrificing meals because my work was my priority, getting into labour while at work for two out of four of my pregnancies, going to the hospital in my uniform, still did not suffice to see me as a ‘performing’ worker I guess.”

The police however said that she was not asked to work while she was on paid maternity leave and that during her four pregnancies between 2016 and 2021, she was given light duty assignments that were primarily desk-bound.

“Reema received a performance grade similar to many of her colleagues in the Police Land Division, while she was in service,” said the police.

She resigned from the police force on May 2 due to personal reasons, the police added, without stating her rank, the division she worked in, or how long she has been in service.

“The SPF takes a firm stance against workplace discrimination practices,” the police said.

There are avenues for officers to raise complaints on discriminatory workplace practices to their unit commander, the police headquarters or the Ministry of Home Affairs, “and such complaints are looked into seriously”, they added.

In her post on Tuesday, Reema attached a black and white photo of herself in maternity uniform in front of a police vehicle which went viral in April 2020 after she posted a colour version of it then on Facebook.

However, she alleged on Tuesday that she was “condemned” and “given strict instructions to decline any kind of further exposure” following the viral incident.

In the April 2020 viral post, Reema had talked about being 30 weeks pregnant with her third child but “still hustling with no complaints”.

She added then that the police work insanely long and irregular hours while adhering to new unprecedented regulations in view of the initial Covid-19 outbreak and subsequent circuit breaker period.

In their statement on Tuesday, the police said that Reema had written about her police work on her social media account in April 2020, and stressed that existing public sector rules disallow officers from “commenting on issues relating to their own agency or policies that are involved in without prior authorisation”.

“Reema was thus advised accordingly by her supervisor for not seeking clearance for her post, but she was not penalised for the incident,” said the police.

“We thank Reema for her contributions to the SPF and we wish her all the best in her future endeavours.” ― TODAY