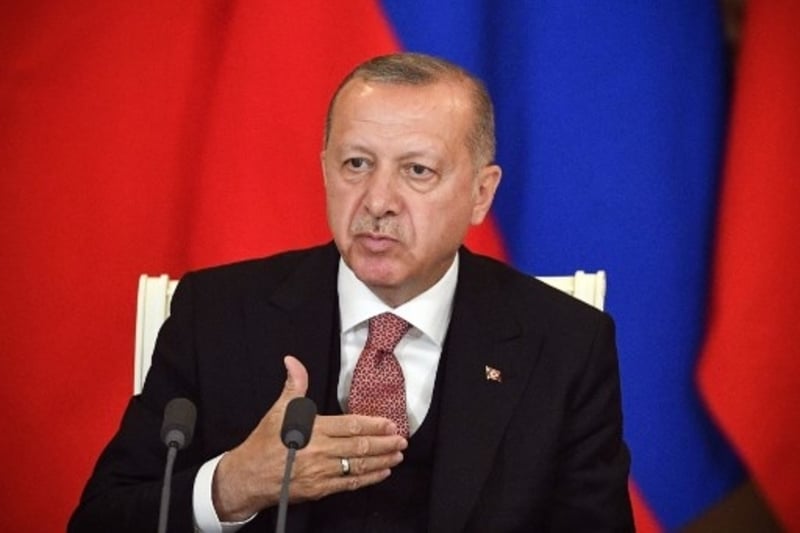 ANKARA: Following losses in key cities this year, Turkish President Recep Tayyip Erdogan now risks losing more voters as former allies stick their head above the parapet and appear to be on the verge of creating new parties.

Rumours have swirled in Ankara for months that Babacan and Davutoglu may establish their own political parties to challenge the Islamic-rooted AKP that has dominated Turkish politics this century.

On July 8, Babacan, who is credited with overseeing Turkey’s economic boom during the AKP’s first decade in power, dealt the first blow when he resigned from the party.

He claimed Turkey needed a “new vision” and cited “deep differences” over policy, hinting a new party – or “new effort” – was “inevitable”.

With double-digit inflation, slower growth and a weakened lira, many hope Babacan will be the answer to Turkey’s economic woes and an alternative to Erdogan.

Ten days after Babacan, Davutoglu gave an interview broadcast live online in which he appeared to suggest he would be ready to set up a new party.

Erdogan has downplayed the threat but also warned Babacan against splitting the “ummah” – using the Arabic word for the Muslim community.

Experts say the president will not quietly accept these challenges.

“Erdogan is likely to combat any threat he sees to his personalised rule,” said Lisel Hintz, assistant professor of international relations at Johns Hopkins University.

She pointed to the jailing of Kurdish leader Selahattin Demirtas who had vehemently opposed Erdogan, and the ongoing trials of civil society leaders and AKP opponents.

Turkey has been to the polls eight times in just five years, but now any new party will have potentially until the next elections in 2023 to create momentum and attract voters.

When he announced he was standing down as prime minister in 2016 after two years, Davutoglu vowed never to criticise Erdogan in public.

That promise lay in tatters this week as he spoke online for three hours, saying he would remain within the AKP for now, but that: “If there is no other option, a (new) party must be set up.”

For now, it appears unlikely that Davutoglu will join forces with other splitters from the AKP, having been a fairly divisive figure himself in the past.

However, there have been reports that former president and co-founder of the AKP, Abdullah Gul, could act as an “honorary chairman” to a party led by Babacan.

It had been mooted that Gul would run against Erdogan in last year’s presidential elections, but he never came forward.

Erdogan criticised Babacan after his resignation, saying they disagreed over many issues, including interest rates, which the president controversially believes must be kept low to reduce inflation.

When asked if he was disappointed by Babacan, Davutoglu and Gul, Erdogan responded with evident exasperation: “For the love of Allah, should this question be asked? If one is not disappointed with them, who would one be disappointed with?”

But he said previous MPs had left the party and been largely forgotten.

The AKP came to power after the Turkish economy suffered a severe financial crisis in 2001, and needed an International Monetary Fund loan to emerge from the embers.

Eighteen years later, Turkey is again in an economic slump.

According to Hintz, the success of any party launched by Babacan will “likely depend on the extent to which it offers concrete plans for tackling Turkey’s economic problems and social divides”.

She added that Babacan had a “shot at galvanising Turkey’s centre-right, particularly given widespread disillusion surrounding the personal enrichment of AKP leaders while Turkey’s economy slides further toward crisis”.

Erdogan and the AKP, set up in 2001, have won every general election since coming to power in 2002.

But after 25 years of the AKP and its predecessors running Istanbul, the country’s economic powerhouse is now in the hands of the opposition, despite a controversial push by the ruling party to order a re-run of the vote.

Erdogan still commands widespread loyalty, particularly in the provinces, said Emre Erdogan, professor of political science at Istanbul Bilgi University, and no relation to the president.

But he said any new challenger could be “destructive” to Erdogan’s chances at the next election, given that presidential candidates must win over 50% of the vote.

Zinedine Zidane: if the referee gives a penalty, it means it is a penalty
Lizard on the criticism of VAR: In Real life, they don't pay attention to conversations outside the team
Real need to score 5 points in 3 rounds to win La Liga
Gasperini about the 1/4 final of the Champions League: the Match with Juventus is an imitation of the games with PSG
Courtois played 18 dry games in the La Liga season. Real's record is one game away
Real Madrid won the 8th victory in a row and does not miss 5 matches
There was hardly any contact, and even outside the penalty area. Ex-member of Barca's Board of Directors about real's penalty
Source https://www.freemalaysiatoday.com/category/world/2019/07/20/turkeys-erdogan-faces-new-threat-say-former-allies/

Pandemic exposes scientific rift over proving when germs are airborne

Zakat board fears lack of funds as retrenchments, number of recipients rise

Bursa Malaysia to trade with upside bias next week

Mariah Carey to publish her debut memoir in September

Long road ahead for fully self-driving cars, despite Tesla claim

Accused Ghosn escape plotters too much flight risk for bail, says US judge

Analyst scoffs at talk of Umno and PAS backing Muhyiddin

Ghislaine Maxwell seeks release from custody on US$5 mil bail

Five days on from the joy, life is a pain for McLaren’s Norris

WHO cites AIDS as guide to addressing Covid-19 pandemic

Tedros says Covid-19 review will not impede WHO work

Dou Dou Bake: Launching a designer bakery in PJ in the time of Covid-19

US welcomes WHO inquiry into coronavirus origins in China

The top 10 attractions of Seychelles

Trump will sign immigration order with road to citizenship for ‘Dreamers’

Louis Vuitton quits Paris to show in China and Japan

Local Tamil movie makes it into Malaysia Book of Records

Secret lies in the source of the fire

Fans rally behind Grace Chow and her surgical scars