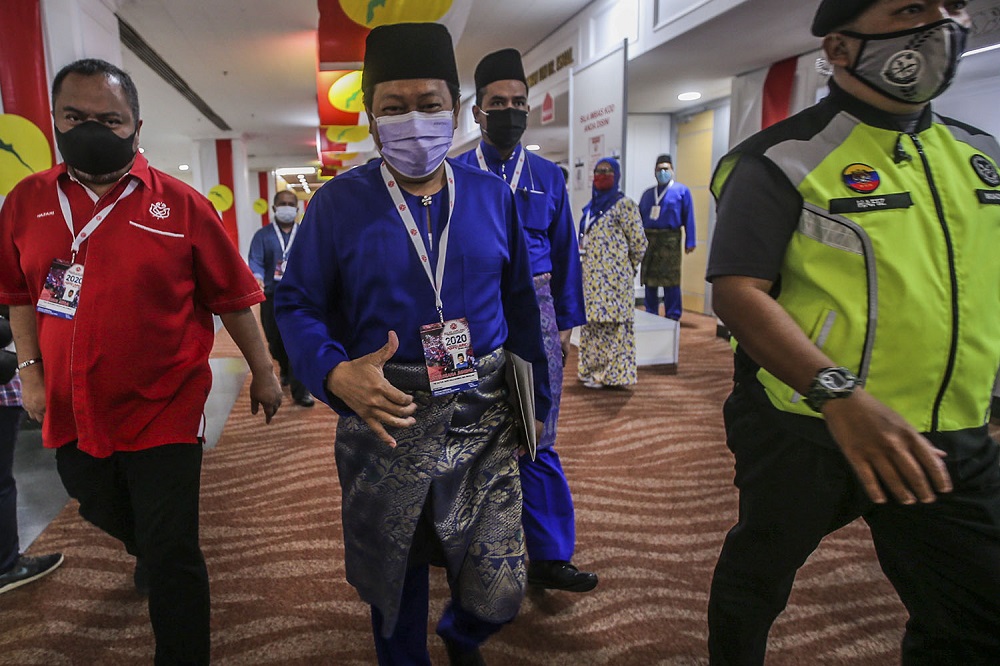 KUALA LUMPUR, March 28 — The Umno Supreme Council (MT) which met tonight confirmed the decision of the disciplinary committee to suspend the membership of a party member for six years or two cycles of the MT elections.

Umno secretary-general Datuk Seri Ahmad Maslan, however, refused to reveal the identity or the position of the individual involved.

“Only one person (suspended), I don’t want to mention the name, let the person receive the letter of suspension that was sent just now.

“Everything is in the letter (including) which part of the party constitution that had been violated,” he said after attending the MT meeting here.

Meanwhile, on the Umno General Assembly tomorrow, Ahmad said a total 1,100 delegates would be attending the assembly at three main halls at the World Trade Centre Kuala Lumpur here. — Bernama

Ship blocking Suez Canal ‘has turned’, but still not afloat

4 in family killed in car-trailer collision

Japan’s vaccine minister says inoculation pace to accelerate in May

Family of four perish in collision with trailer in Bentong

Phase 2 of vaccinations to start on April 19

Local artists band together for ‘Alive Again’ concert on April 9

MaGIC is looking for future tech founders, more than RM20,000 up for grabs for young innovators

Is Malaysia lagging behind on climate change issues, asks Najib after summit snub

Ringgit lower versus greenback at opening on US economy optimism

Ringgit lower against greenback at opening on US economy optimism

What’s Umno’s motive in getting new partners only after GE15? Bersatu No. 2 asks

Dollar finds footing on US economy as euro and yen falter

Apple pushes iOS 14.4.2 to fix security flaw that could be exploited by malicious websites

Stop the rot in rule-breaking by reckless delivery riders

For thousands, psoriasis is a hidden burden — Azrul Mohd Khalib

What is ‘natural’ sex anyway?