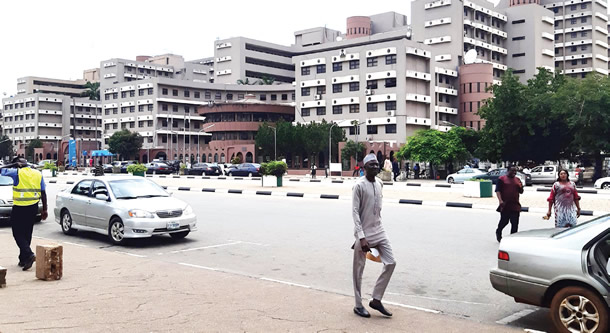 A civil society group, New Era for Sustainable Leadership and Accountability Initiative, has frowned on the appointment of non-career civil servants as permanent secretaries by state and federal governments, stating that it dampens morale of hardworking members of the civil service.

The group insisted that appointment into the top public service position should be based solely on merit and hardwork and not political patronage or nepotism.

Disclosing this in Abuja on Wednesday, the Executive Director, NESLAI, Edwin Olorunfemi, admonished the government to develop a workable template and mechanism that will see to the emergence of the best hands for the job.

He further said selection examination should be jettisoned ‘’considering its cost implication coupled with the corruption it breeds in the system,’’ noting that a committee should be set up to invite all the candidates for an interactive session which he observed would help save cost, time and streamline the numbers of qualified candidates.

Olorunfemi noted, ‘’We must not be oblivious of the fact that, as much as competence is important and required, appointing non-career civil servants as Permanent Secretaries should be discouraged as it dampens the morale of the civil servants that has grown through the ranks and put in most active parts of their lives in service diligently, invariably depriving them of getting to the peak of their career which also could lead to inefficiency and dereliction of duty in the civil service.

‘’For the position of Permanent Secretary, a candidate must have been in the civil service for at least 25-30 years; hence past records, competence and potential should be given consideration above every other thing as what we need is delivery on the job and not figure heads.’’

Olorunfemi explained that the selection examinations and processes in time past were fraught with fraud, corruption and also enmeshed in all sort of malpractices, as monies were alleged to have usually changed hands between the examiners and the desperate candidates in order to boost their scores.

Being a responsive civil society organisation with keen interest in the entrenchment of good and efficient leadership in public institutions, he said NESLAI carried out an independent research, analysis and critical appraisal of the process of selection, and found that change and reform were imperative in the appointment of permanent secretaries.

“We are of the opinion that there is no better time than now for us to develop a workable template for the appointment of Permanent Secretaries. It is important that at this point of our national life, we must ensure we make the right decisions as opportunity geared towards national growth and development presents itself,” he stated.

Man, 23 bags 7 years in prison for arson in Ekiti

How To Short The Dollar With PrimeXBT

The early days of Nigerian football

Lawan, Gbajabiamila will go to jail over refusal to amend Electoral Act – Adeyanju

Three men docked for wandering in black spots in Abuja

Lawan: Buhari Couldn’t Perform Well In 4 Years Because Of Rift With Saraki-led Assembly

Style Guide: Places you can wear a summer dress to

Open grazing: Buhari, presidency and the rest of us

Abia traditional ruler begs Ikpeazu to save his community from hoodlums

ECOWAS at the crossroads

The 7 best markets to visit in Gombe

After fight with Tolani Baj at reunion, Vee of BBNaija announces title of her debut album

Euro 2020: Ferdinand hits out at England coach, Southgate over comment on Sancho

No amount of threat will stop Igbo from demanding rights —Abaribe

Members who defected to APC not our chairman, exco – Cross River LP

‘My father didn’t to send me school because he felt I was useless’ – Actress, Eucharia Anunobi