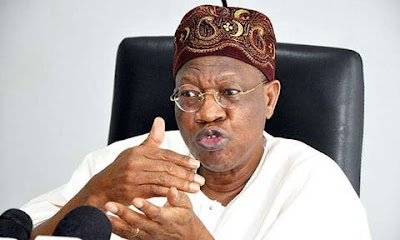 The Minister of Information and Culture, Lai Mohammed, says the Federal Government is not panicking over demand for sanction by the United Kingdom lawmakers.

The UK lawmakers had on Monday debated over alleged human rights abuses during the #EndSARS protest in Nigeria and demanded sanctions on government officials and security agents such as visa ban, freezing of assets, and stopping the funding and training for the Nigeria Police Force.

The debate was sequel to a petition started by Silas Ojo which had garnered over 200,000 signatures.

Responding on behalf of the UK government, the MP for Aldridge-Brownhills, Wendy Morton, who is also the Minister at the Foreign, Commonwealth and Development Office, said the UK government was communicating with the President’s Chief of Staff, Prof. Ibrahim Gambari, and Lagos State Governor, Babajide Sanwo-Olu.

“It is a long-standing practice not to speculate on future sanctions as it could reduce the impact of the designations,” Morton said.

Reacting to the development during a chat on NTA on Wednesday, Mohammed cautioned foreign countries not to take decisions based on “fake news”.

When asked about threats by the UK parliament to ensure sanctions, the minister said, “We  earlier stated that government all over the world who have taken hasty decisions about Nigeria on this issue should please seek the truth.

“This is why we are warning foreign countries to seek the truth and beware of fake news. The entire #EndSARS protest was fuelled by fake news.”

Koeman on 2:3 with Athletic: It's not a step back. Barcelona will still show that they are on the right track
Griezmann has scored 5 goals in the last 4 finals
Messi went mad: he hit his opponent on the head and got his first red card for Barca (753 matches!)
Barcelona screwed up. We did not defend well, no one suggested to each other. Griezmann on 2:3 with Athletic
Messi hit Villalibre on the back of the head and received the first red card in 753 matches in Barca
Conte on 2:0 with Juve: Inter learned to feel the blood and kill the game
Vidal about 2:0 with Juve: Inter beat the best team in Italy. We believe that we can win the Scudetto
Source https://www.nigerianeye.com/2020/11/endsars-fg-not-panicking-over-uk.html?utm_source=feedburner&utm_medium=feed&utm_campaign=Feed%3A+Nigerianeye+%28NigerianEye%29

2023: Why We Won’t Support Nigerian President Of Igbo Extraction —IPOB