FCTA to ‘name and shame’ traffic violators on TV, newspapers 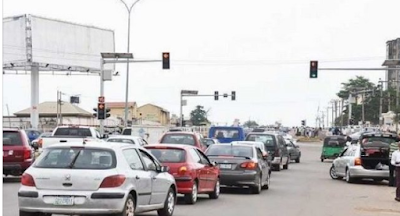 The federal capital territory administration (FCTA) says it will “name and shame” traffic violators on television and on the pages of newspapers beginning from Monday.

In a message to Abuja residents, Christian Ohaa, FCTA permanent secretary, said violators would be prosecuted on the spot by mobile courts.

Ohaa said the administration is taking the measure following the recurrence of accidents in the nation’s capital city.

“Following recurring incidence of traffic violations resulting to multiple accidents, the federal capital territory administration (FCTA) wishes to inform the residents of FCT that starting from Monday 17th February 2020, all traffic violators irrespective of status and office will be prosecuted on the spot by the FCT mobile court and they will be named and shamed on television and newspapers,” he said.


“Residents of the FCT are enjoined to be law abiding always. Let us together build the FCT of our dreams.”

Comedian I Go Dye advises Buhari how to fight coronavirus

Our neighbours putting us at risk of COVID-19 -Uba Sani

CORONAVIRUS: Nigeria’s situation may worsen if… —Oreh, doctor who helped to stop Ebola

Consulate announces death of 3 Nigerians from COVID-19 in U.S.

COVID-19: Consulate confirms death of three Nigerians in US

Trump talks with US pro sports leaders to discuss virus

Between the writer and the Demagogue

COVID-19 and the mark of the beast – Femi Fani-Kayode

Consulate announces death of 3 Nigerians from COVID-19 in US

NNPC calls for calm after coronavirus case in estate

COVID-19: No mass infection in our estate – NNPC

COVID-19: NNPC says no mass infection in its estate

Nigerian Consulate confirms death of three Nigerians from coronavirus in US

‘Nothing is going to happen to you’

Coronavirus: ‘Lockdown In Lagos May Be Extended’ – Sanwo-Olu

Coronavirus Is A Respecter Of No Man – Mercy Aigbe

I Make Close To N60million In A Year – Bobrisky

INTERVIEW: How Nigeria can protect its livestock industry amidst coronavirus — Research Institute Director