The governor has set up a committee to look into the issue.

Welcome to the Pulse Community! We will now be sending you a daily newsletter on news, entertainment and more. Also join us across all of our other channels - we love to be connected!

Ekpo referred to the governor as a "scammer" after he failed to keep his promise of financially rewarding then graduating students of the university.

The university authorities deemed Ekpo's social media post "derogatory and defamatory, a breach of the matriculation oath and a gross act of misconduct," in a letter announcing his expulsion.

In a statement sent to Pulse through his Chief Press Secretary Ekerete Udoh, Governor Udom said he was not aware of the university's action and that he has set up a committee to look into the issue.

"We have read various reports mainly on the social media space concerning the administrative sanction said to have been taken by the management of the Akwa Ibom State University (AKSU) against one of its students, Iniobong Ekpo, leading to his expulsion from the university. 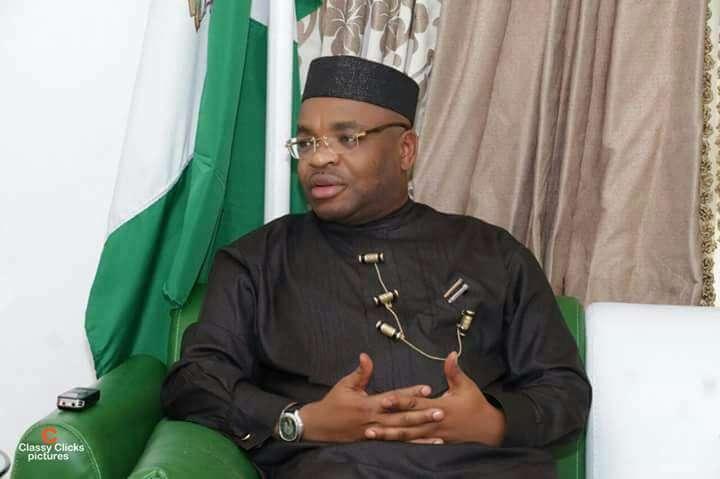 "We have equally followed the media feeding frenzy by the usual motley crowd of political jobbers and inveterate rabble rousers who have maliciously tried to link the action taken by the university authority to the Visitor of the University, His Excellency, Governor Udom Emmanuel.

"We wish to state here emphatically that Governor Emmanuel, a known apostle of freedom of expression, was and is still not aware of this purely administrative action reportedly undertaken by the university.

"He has accordingly, directed the constitution of a panel comprising five members, to review the case and submit its report immediately.

"The panel is to be headed by the Honourable Commissioner for Education, Mrs. Idongesit Etiebet," the statement reads.

The student has maintained that he has no regrets criticizing the governor on Facebook and has sued for damages.

Braithwaite's agent: Martin will stay in Barcelona. He is happy at the best club in the world
Beppe Marotta: Lukaku is not for sale. This is an important piece on the chessboard of Inzaghi
Tuchel about the award to the best coach in Germany: Teams can win without coaches, and coaches without a team-no
Vidal is Interested in Boca Juniors, America and Flamengo
Buffon on Donnarumma at PSG: The best do not forgive anything, but wait for their failure. But he is strong
Borussia is preparing a proposal for Demiral. Juventus wants 35 million euros for the defender
Manchester United and Real Madrid have started negotiations on Varane. Next week will be crucial (Mohamed Bouhafsi)

BBNaija Shine Ya Eye: Reactions As Yousef Says His Students Are Crushing On Him

Enugu youths hail Gov Ugwuanyi for involving them in governance

Policeman shoots student for not wearing facemask in DR Congo

Policeman shoots student for not wearing face mask in DRC

BBNaija Season 6: I was once an Okada rider – White Money

My successor should probe me if I steal Imo money – Uzodinma

Physician advocates proper use of contraceptives for family planning

Glo rewards subscribers with 22X value on every recharge

Sunday Igboho can only be extradited on political grounds -Lawyer

Pictorial: Obi Cubana, friends on Yacht in the Maldives

Why Nigerian Billionaire Businessman, Igbinedion Is After My Life And Family—Activist

Why I didn’t audition for BBNaija Season 6 – Jemima Osunde

Religion And Ethnicity Not Nigeria’s Problem, It’s The People: Mohammed

Pilgrimage: Anyone who absconds will face full wrath of the law – Lalong, Pam warn Pilgrims