Hafsat Abiola praises Aregbesola for his role in immortalising MKO

Aregbesola also ensured the speedy completion of the Kudirat Abiola way in Lagos, she says.

Welcome to the Pulse Community! We will now be sending you a daily newsletter on news, entertainment and more. Also join us across all of our other channels - we love to be connected!

The 1993 presidential election, still referenced as Nigeria's freest and fairest yet, was annulled as MKO ran away with an unassailable lead.

MKO died in 1998 in military custody, while still hell bent on reclaiming his mandate.

In 2018, President Muhammadu Buhari declared June 12 as Nigeria's new Democracy Day in Abiola's honour; and declared him posthumous winner of the 1993 presidential contest.

According to Hafsat-Costello, long before Buhari emerged President of Nigeria in 2015, Aregbesola, who was then governor of Osun, embarked on what she described as a one-man campaign which pressed for recognition for Abiola as winner of that election.

Speaking from Brussels, Belgium, during a virtual colloquium tagged: Africa: Interrogating the Leadership Question, which was organised by Proumou Media Consulting, the Harvard-trained Economist said Aregbesola raised the issue with then President Goodluck Jonathan who however expressed fears that there could be backlash if he recognised Abiola.

“There was a story that one of my siblings told me. You know that recently President Muhammadu Buhari honoured MKO but Ogbeni had been working on it. He had a one-man campaign on this issue for a very long time.

"And well before President Buhari was President, when we had President Jonathan, Ogbeni also approached Jonathan to make an appeal that MKO be honoured. 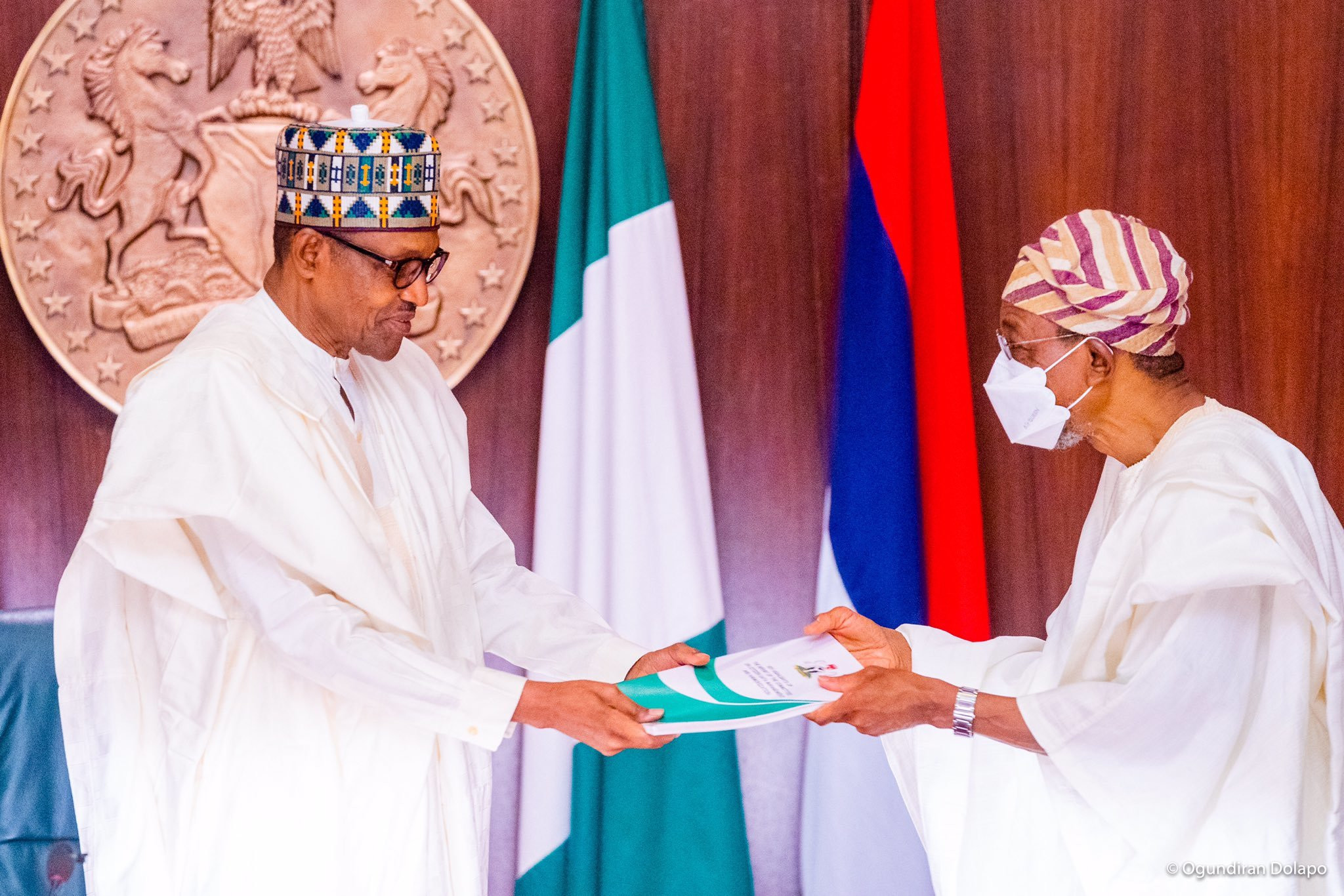 "And Ogbeni offered his thoughts and President Jonathan said: 'do you think it is possible' because he had some concerns about backlash. So, it was not something that was carried out eventually," she said.

Abiola-Costello said the minister is one of her favourite Nigerian political leaders.

“Ogbeni Rauf Aregbesola is one of my favourite people. I like his simplicity because when he was governor of Osun, I used to visit him and I observed that his life had some simplicity about it.

"And his wife, Alhaja Sherifat Aregbesola would tease me saying it was because she was raised in the north.

“And truly as my mother (late Kudirat) would say, that people from southwest raised in the north have a different acculturation, gentleness, and an openness to other people.

“I don’t think Ogbeni was raised in the north, but he is very much happy with poor people and it makes you to admire and love him," she added.

The Founder of Women in Africa also recalled that it was not only her father that Aregbesola was busy trying to immortalise.

She added that Aregbesola showed passion in the construction of what is now Kudirat Abiola Way, Oregun in Lagos, when he served as the Commissioner for Works and Infrastructure. 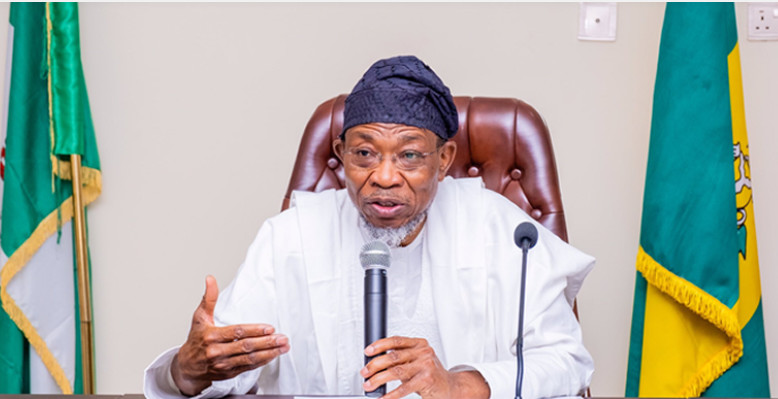 She said; “I want to thank Ogbeni for neither forgetting my Dad and also my mother. You know that road, the Kudirat Abiola Road, Oregun in Ikeja. He was the Commissioner for Works in Lagos State that was responsible for that road.

"And this time around, I remember which of my siblings told me this story. It was Jamiu (Abiola) who told me that he (Aregbesola) would go to that road around midnight and find Ogbeni there with the workers getting the road fixed and ready. So, I just want to thank Ogbeni for the many steps he has taken to honour MKO and Kudirat Abiola.”

She said that the most important thing that should be done to honour the memories of those who fought for democracy and against military rule, is to ensure that democracy works for the poor and for everyday Nigerians.

The more the fly spins in the web, the more entangled it becomes. Here is how Belarusian officials and coaches persuaded the athlete to go home
Ronaldinho on Messi's victory at the Copa America: This is the only thing that he lacked. I am very happy for him
Mikel Arteta: Jaka stays. He is a key Arsenal player
Parti injured his ankle in a friendly game with Chelsea. Arsenal midfielder will be examined tomorrow
Umtiti agrees to leave Barca, but only to a club from the Champions League or claiming the title
Sassuolo is ready to give Locatelli to Juve on loan for 5 million euros with an obligation to buy out at least 30 million
Sofia Pozdnyakova: It's more fun with the audience, the excitement wakes up. But we do not have such a popular sport as football or figure skating. We are used to it

Public finance and the good life

Defection should be prohibited

ASUU, is everything about money?

Nigeria’s loans from W’Bank, AfDB rise to $14.35bn under Buhari

I was shocked by Doguwa flood disaster – Ganduje

Monarch at war with Okowa, LG boss over unpaid stipends

Petrol consumption jumps by 340 million litres in one month

No Ward Congress Was Held In Ekiti – APC

BBNaija: How I was chosen as a wild Card – Maria reveals

VIDEO: Watch the moment of shock when the #Bbnaija wildcards were announced

BBNaija: I knew Maria was a Wild Card – Whitemoney claims

[ICYMI] Igboho: Why South-West govs are afraid to speak out -Lawyer

BBNaija: I was manipulative – Pere opens up on being wild card

#BBNaija: Broken trust may be the order of the day as housemates wrongly guess the wildcards

BBNaija: Why housemates chose me as the Wild Card – Liquorose

BBNaija: Why I chose Yousef as Deputy HOH – Peace

Suspension Of Abba Kyari Not Enough, Extradite Him To US For Trial – Nigerians React To Police Chief's Debarment

A Brief History Of Impunity And Lawlessness By SSS (aka DSS), By Austin Aneke

Emmanuel Onyebeke: Stoppage of sales of FOREX to BDCs – Another courageous policy by CBN

Attackers of Amuludun FM‘ll be brought to justice –Oyo police

Ex-Minister, Fani-Kayode Not Fit To Raise Our Children, Leaves Them With Girlfriends, Nannies – Ex-Wife Tells Court