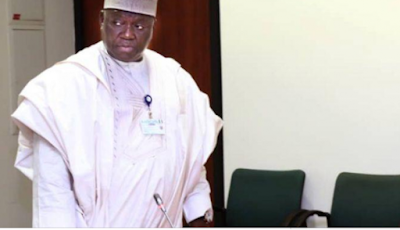 Mohammed Sani-Omolori, clerk of the national assembly, says his continued stay in office is backed by law and cannot be voided by the National Assembly Service Commission.

In a statement shared on Wednesday, Sani-Omolori said the commission does not have the powers to set aside the revised condition of service passed by the previous assembly.

He directed all staff of the legislative chamber whom the commission asked to proceed on retirement to disregard the directive and “go about their lawful duties”.

Ahmed Amshi, the commission’s chairman, had approved the retirement age for national assembly staff as 60 years of age or upon 35 years of service, contrary to the requirement stated in the amended conditions of service.


A plot by the previous assembly saw the conditions of service of the national assembly staff being amended, increasing the requirement of retirement for the staff to 65 years or 40 years of pensionable service.

In addition to Sani-Omolori who started his civil service career on February 6, 1985, and was initially due to retire in February, some other senior management staff of the national assembly were affected by the new development.

Amshi had said “the commission has approved the immediate retirement of staff of the National Assembly Service who have already attained the retirement age of 35 years of service or 60 years of age,” and that “retirement letters would be issued to the affected staff accordingly.”

But reacting shortly after, Sani-Omolori said the amended condition of service for national assembly staff remains in place.

“Therefore, the National Assembly Service Commission does NOT have the powers to set aside the Revised Conditions of Service as passed by the 8th National assembly.”

Daniel Sturridge: I was Bursting with excitement when I saw the Liverpool players celebrate the championship
Southampton midfielder Schweinsteiger passed the examination before transfer to Tottenham
Jurgen Klopp: Tsimikas will fit perfectly in the Liverpool dressing room
Gradecki about the departure Bayer: Very disappointing. Let's try to win the Europa League next season
Barella about 2:1 with Bayer: We put to shame Inter's critics who doubted our unity
Tony about Pirlo at Juventus: Pogba would be the perfect gift for him. Andrea will start building the game from midfield
Solskjaer on Manchester United's victory: We reached the third semi-final of the season and now we want to reach the final
Source http://www.nigerianeye.com/2020/07/its-not-yet-time-to-retire-national.html?utm_source=feedburner&utm_medium=feed&utm_campaign=Feed%3A+Nigerianeye+%28NigerianEye%29

Lagos govt is about to provide electricity for 35 communities in Badagry, says Lawmaker

BBNaija 2020: Why I didn’t have sex with Kiddwaya at HOH room – Erica [VIDEO]

BBNaija 2020: Daddy Freeze advises Laycon on how to deal with Erica’s love triangle

Suspected killers of village head, kidnappers of CAN chairman, others arrested – Police

INEC heads to Supreme Court over deregistration of parties

Europa League: All the teams that have qualified for semi-finals so far

Obasanjo’s letter about Kashamu shows the hypocrisy in Nigerian politics

Amotekun: Seven months after, how far?

Mali swears in new judges in hope of calming crisis

China sanctions 11 Americans in retaliation for US move

The police in civil cases

Serena Williams returns for US Open warm-up amid tennis chaos