Lagos bye-elections: Polls show we will win in four of five LGAs – PDP 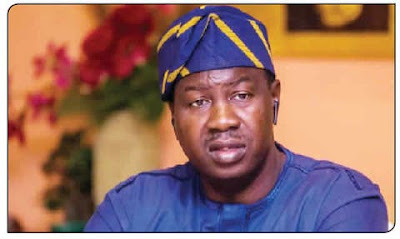 The Peoples Democratic Party has expressed confidence that its candidates would emerge victorious in the upcoming bye-elections in Lagos State on Saturday.

This was contained in a press statement titled, ‘We have won because of our candidates – Lagos PDP claims from polls’, by the Lagos PDP’s spokesperson, Taofik Gani.

The PDP’s candidates in the election are Mr Babatunde Gbadamosi for Lagos-East senatorial election and Mr Shikiru Alebiosu for Kosofe Constituency II House of Assembly.

He said polls have shown that “the APC candidates will come distant runners-up in four of the five Local Government Areas, and clearly lose in Kosofe Constituency 2.”

Gani said the party would use legal and political means to resist the manipulation of the election results from the polling units to final collation centres.

The poll organisations were said to have used such criteria as to eligibility; voter’s trust; ability to deliver representation; internal party democracy; loyalty to electorates; age; individualism; and 2023 projection among others.

He said, “The PDP has therefore asserted that only manifestly fair and true results will be accepted by her agents and therefore admonish all agencies that will be charged with the conduct of the elections to be fair and just.

“We are already celebrating our projected victories and we hope to celebrate the actual results when announced. By polls now reported, our candidates have 65 per cent to 30 per cent lead scores.

“To our surprise, we are informed that the manner of emergence of the APC candidates will be reasons to lose. What we expect is free, fair and credible bye-elections. We shall resist any rigging. We will not sleep over our mandate this time.”

Hertha's sporting director loves signing players. Just look at his smile!
Rooney confirmed as Derby County head coach
Barca's presidential election will not take place on January 24 due to anti-coronavirus restrictions
Zlatan on Covid: I tried to train at home, but immediately felt tired
Bayern are Interested in Militao as a replacement for Alaba. The Brazilian has 3 matches for Real Madrid this season
Fiorentina Interested in Odriosola. The defender of Real Madrid played 1 match in the season
Pavlyuchenko on Tottenham: At first, my English was zero. When I drank a beer, I had good English, Spanish, and Portuguese
Source https://www.nigerianeye.com/2020/11/lagos-bye-elections-polls-show-we-will.html?utm_source=feedburner&utm_medium=feed&utm_campaign=Feed%3A+Nigerianeye+%28NigerianEye%29

EPL: Klopp singles out one Man Utd player ahead of Sunday’s clash

Art is very profitable in Nigeria, but…

Femi Fani-Kayode: Not A Hair Must Fall From Bishop Kukah’s Head! [MUST READ]

COVID-19: NAFDAC has not approved any vaccines — DG

Ohanaeze youths warns CAN against dabbling into politics, advises Obiozor

NPF loses another AIG under 24 hours

Nigeria Does Not Have Approved COVID-19 Vaccines Yet – NAFDAC

Yellow fever: 6 million people to be vaccinated in Bauchi for prevention

COVID-19: Past infection provides 83% protection for five months but may not stop transmission ― Study

False evidence: Police slams criminal charges against lawyer, one other

Another AIG Of Police Has Died

NAFDAC must approve COVID-19 vaccine before public use, says DG

Don’t Flirt With Me Unless You Are Single – Uti Nwachukwu

Kenya in talks with IMF to renew $1.5bn facility

Nigeria's inflation rises to highest in over 3 years

2 police inspectors, one other die in Kogi accident

Okowa vows to ramp up infrastructure devt in Delta

Liverpool vs Man Utd: How United will send shockwaves through Premier League – Carragher

One Doctor: The health startup that helps doctors grow their private practices