Benjamin Netanyahu has been removed as Israel’s prime minister after 12 years in power. The country’s parliament on Sunday voted for a... 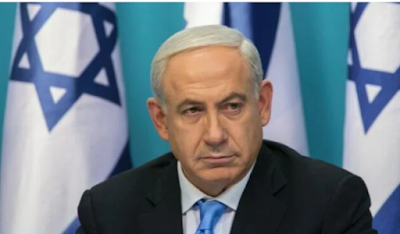 Benjamin Netanyahu has been removed as Israel’s prime minister after 12 years in power.

The country’s parliament on Sunday voted for a new coalition government which will be led by Naftali Bennett, head of right-wing party Yamina.

To bring Netanyahu’s rule to an end, it took a rotational agreement and an alliance between left-wing, centrist and right-wing parties.

Bennett was sworn in as prime minister and will lead the coalition of eight parties after a close 60-59 vote.

As part of the coalition deal, Bennett will be the prime minister until 2023 and Yair Lapid, leader of the centrist Yesh Atid, will take charge for another two years.

Netanyahu is the longest-serving prime minister in Israel’s history with a record of five terms.

In April 2019, Netanyahu failed to win enough support to form a new government, while the subsequent elections that followed ended inconclusively.

The new coalition government may be the end of the political instability in the country after four inconclusive elections in two years.

Data: Fully Vaccinated Account for 43% of Deaths From 92k Total Delta Covid Cases in UK, 64% of All Dead Got At least a Dose

FRSC warns against speeding as six killed in Bauchi crash

245 years and those ‘strong’ American institutions

Climate change: A wake-up call to the media

Rush To US Now And Defend Yourself – HURIWA Tells Kyari

You can’t succeed outside your educational qualification, says Buhari at global summit

How Nigerian Soldiers Killed One, Razed Houses In Abia Communities To Avenge Colleague

Governor Udom Commiserates With NYSC, Parents Over Graduates Who Died On Thier Way To Orientation Camp

Give PDP another chance in 2023 – Atiku begs Nigerians

We've Been Contacted By FBI To Arrest Kyari, But It Is Police Matter— EFCC Source Says As Police Keep Mum