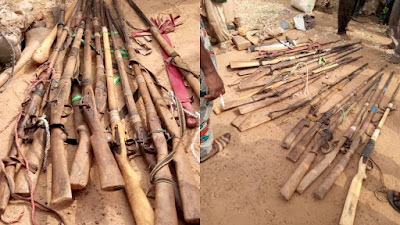 Oyo State Security Network also known as Amotekun has arrested no fewer than thirteen people who were in possession of various dangerous weapons.

The suspects when arrested, claimed to be Fulani hunters from Kebbi State.

It was gathered that the suspects were arrested on Tuesday along Ido/ Eruwa Road in Ibadan, the state capital.

Our correspondent learnt that the road is the major way that leads to Ibarapa geopolitical area which has been engulfed with series of killings, kidnappings and attacks of innocent citizens by suspected gunmen.

The suspects who have been handed over to the state Police command were in possession of items like dane guns and big dogs. 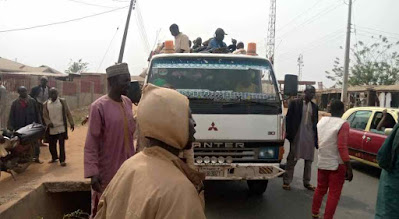 It was gathered on Wednesday that the suspects were intercepted in a truck with registration number TUR 30 ZY Kebbi.

They were arrested by a team of Amotekun operatives led by Gbenga Olanrewaju who were on routine patrol.

Olayanju added that the suspects have been handed over to the police for further interrogation.

Public Relations Officer of the state Police command, Mr. Olugbenga Fadeyi confirmed the arrest of the suspects  on Wednesday. 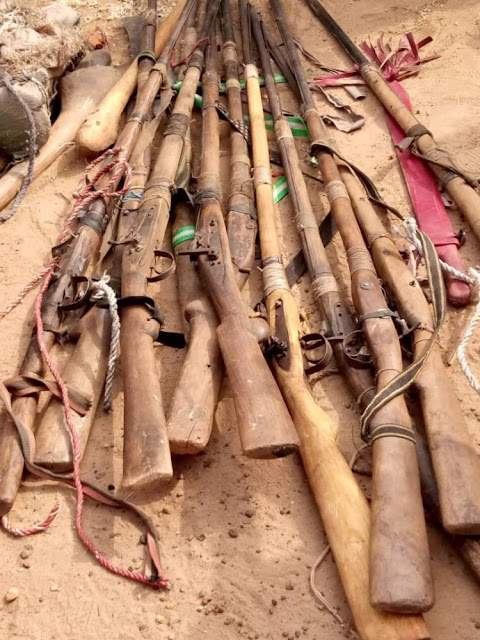 Fadeyi who said that investigation has commenced on the matter, added that the suspects claimed to be hunters from Kebbi.

“Arrest of armed men from Kebbi along Ido / Eruwa Road. On 25/01/2021 at about 1440 hrs, a caster truck was intercepted along Ido/ Eruwa Road by personnel of Ido Division having having occupants of 13 men, 45 big dogs and 19 dane guns, bags of cassava flour (garri) and other things for up keep.

“They claimed to be hunters form Kebbi State going to Ilaju/Eruwa areas for annual hunting expedition.

“Also, hunters I.D. cards were found with them. The command is carrying out a through investigation into the matter to ascertain and verify their claims, pls.”

Ole Gunnar Solskjaer: You're in the wrong place if you're at Manchester United and you like to lose. I may be the worst loser in the club
Ko vid-masks of the Leopard are recognized as the best in Spain. Efficiency - 94%
Klopp admitted that he considered the option of Trent and Robertson in the center of the Liverpool defense
Inzaghi on 0:2 with Bologna: Lazio should react differently to a missed goal after an unforced penalty
Tuchel admitted that PSG tried to sign Bruno: they fought hard to get him
Ex-referee Andujar Oliver: Messi did not deserve a second yellow for fighting Kunde. The first one was already excessive
Spartak-2 coach Pilipchuk about Roche: I liked it. The qualification of the player is visible
Source https://www.nigerianeye.com/2021/01/photos-amotekun-intercepts-13-suspected.html?utm_source=feedburner&utm_medium=feed&utm_campaign=Feed%3A+Nigerianeye+%28NigerianEye%29

2023: I will run for President, end insecurity in two years — Okupe

No limitations in my dictionary ― Aramide Ottun

Any man that loves you will never hide ― Mandy Ujunwa

What being King Jaja’s great-grandson means to me – Reuben Jaja, BFI chair

Putting climate change at the center of Covid-19 recovery plan in Nigeria,  other Africa countries

Give your haters a show to behold ― Tiwa Savage

Osun Government frowns at illegal use of official number plates

Fans Surprise Erica With Gifts Ahead Of Her 27th Birthday (Videos)

Steve Mawuenyega’s last dream – Ghana or Nigeria to win the World Cup in 2030!

You must work hard if… —Niniola

Kidnapping will get you recognition, money from government, Kate Henshaw says

Okupe laments insecurity, may run for president in 2023 – New Telegraph

Abductions: Buhari should tell Nigerians if criminals have taken over – CAN

Politicians versus the people

South will block oil supply to the North – Fani-Kayode

The South will block oil supply to the North – Fani-Kayode

Boon for music industry as Spotify launches in Nigeria

The Week in Review: Release of Kagara students, abduction of Jangebe girls, Igboho, others

Abduction: fear grows in the North as parents worry over children’s safety

Arogidigba as the trouble with Southern Nigeria

US authorizes J&J Covid vaccine for emergency use

How OBJ gave me my nickname —Labinjo

I have the capability to govern Benue — Atorough

The forces at work/The capitalist system

Parents of kidnapped schoolgirls in Zamfara can only wait

How other security agencies are frustrating our efforts —Olayanju, Oyo Amotekun Commandant

Two tales of the girl child

Aregbesola Vs Omisore, Round 3, Part 1

Only equality can solve ethnic problems in Nigeria —Bishop Orire

Nigeria and need for state police

The church is full of pull-him-down syndrome —Apostle Suleman

A tale of two ‘cities’

Dokta Frabz is reportedly dead, but details are still unclear

You cannot thrive in the movie industry without money — Topright