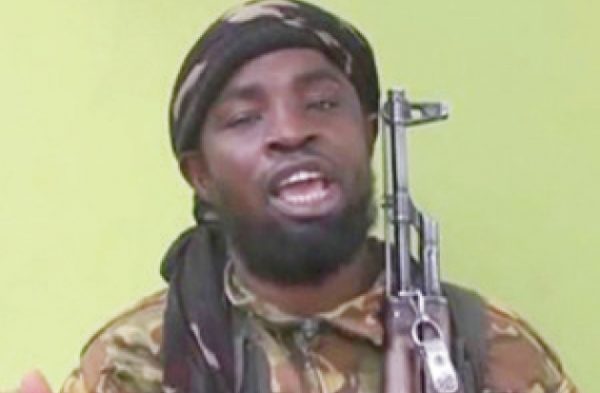 The attack on the State capital on Tuesday left many dead and injured.

In a video seen by Channels Television, Shekau expressed his happiness with the attack, saying “I am truly elated with this milestone achievement by our fighters.”

He also denied that his farm was taken over and boasted that he had successfully established an Islamic caliphate.

“Don’t count yourself a Muslim simply because you pray the salat and give in charity,” he said. “No! So long as you embrace Western values you are not one of us. We will not be on the same page until you truly submit to Allah.”

Messi has not scored against Real Madrid since May 2018
Zinedine Zidane: Real Madrid beat Barca deservedly. You can't blame everything on the judge
Ronald Koeman: The referee should have taken a clear penalty. But Barca will have to accept it again
Sergi Roberto on Braithwaite's fall: I was surprised that the referee immediately said that nothing had happened. He did not address VAR
Ex-referee Iturralde Gonzalez believes there was a penalty on Braithwaite. Andujar Oliver thinks not
Casemiro got 2 yellow cards in a minute and will miss Real Madrid's game with Getafe
Nacho about 2:1 with Barca: It was like a final, a very important victory. But Real Madrid still have a lot to do

Breaking up Nigeria will not solve but create more problems —Yakasai

Celica Church set to host All Africa Conference of Churches

It’s only prayer that can defeat coronavirus —Odili

The phone thieves of Delta

EPL: Why I benched Werner for Pulisic in Chelsea’s win against Crystal Palace – Tuchel

Europa League: Police give update on naked man who ran to the field during Granada vs Man United

Remembering Oronto Douglas, A Rare Gem Who Resisted The High And Mighty For The Downtrodden (MUST READ)

Buhari salutes Dangote at 64, commends his efforts during pandemic

We’re determined to complete all abandoned projects in Ogun — Abiodun

Bandits Kill One, Abduct 10 In Fresh Attacks In Niger State

Traditional Ruler Fighting For His Life After Being Shot By Gunmen

With Your Human Rights Abuses, You Can't Get Help From US, Campbell Tells Buhari Government

Tinubu: A Disaster Waiting To Happen? [MUST READ]

EPL: Why I benched Sadio Mane in Liverpool’s 2-1 win over Aston Villa – Klopp

Badboy Timz graduates from university with a degree in engineering

Hoodlums Kill Woman In Lagos On Husband's Birthday, Use Her Phone To Inform Parents Of Attack

2023: Coalition of Civil Society groups back Kuraun for Benue Governor

Buhari salutes Dangote on birthday, describes him as ‘Corona Warrior’