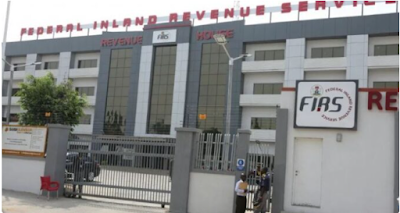 The Federal Inland Revenue Service (FIRS) says tax defaulters instituting legal cases against the agency will pay 50 percent of the assessed amount in dispute into an interest-yielding account of the federal high court before hearing.

Muhammad Nami, executive chairman of the FIRS, disclosed this on Friday during a public hearing organised by the House of Representatives committee on public accounts investigating revenue leakages arising from tax waivers and incentives to foreign companies granted pioneer status.

According to him, the practice direction took effect from May 31, 2021.

He further stated that the management “had initiated a process for a memorandum of understanding (MoU) with critical stakeholders as far as information sharing and amendments to the relevant laws are concerned”.

“We have gotten several amendments to our tax laws which require companies operating in the free trade zones to file tax returns on their operations to the FIRS,” he said.

“These amendments aim to check the activities of taxpayers currently taking advantage of some gaps in our tax laws and fiscal policy by establishing businesses in the nation’s tax-free zones.”

He emphasised that such companies produce goods meant for export and then sell the goods to the custom’s zone, making it impossible for the companies in the area to operate competitively with them.

Nami said FIRS has set up a high-power committee with the National Investment Promotion Commission (NIPC) to look into issues of tax waivers and granting of pioneer status.

He maintained that tax evasion and tax avoidance are global phenomena relating to fiscal policy issues. He then urged the National Assembly to, as a second step, amend the relevant tax laws that would make it almost impossible for these companies to exploit loopholes in our tax laws to shift both profits and taxes to their countries of origin.

Nami pointed out that taxes not paid to Nigeria or waived by the Nigerian government are returned to the treasury of defaulting companies’ home countries operating in Nigeria, hence the need for legislation to address the issue.

One Killed As APC Congress Turns Bloody In Ekiti

Tension In Ogun: One Shot As Customs Clash With Youths

Juve confident of signing Locatelli after 'suitable offer' to Sassuolo

Tinubu out of Nigeria but not hospitalised - Aide

Human growth hormone, the substance that sent Okagbare out of Tokyo 2020

BBNaija S6: Why I hate being single – Saskay

JUST IN: Tinubu Is Not Dead – Aide Debunks Rumours

Tokyo 2020: Nigeria never had it this bad -Olympian Amike

How Ex-Senate President, Saraki Was Arrested After Wedding Ceremony In Abuja

Nothing can stop APC from winning 2023 elections – Omo-Agege

Leaders must sacrifice for interest of Ijaw land – Jonathan

Hushpuppi’s Saga: No Formal Report On Abba Kyari With Us: PSC

Ogun: One shot as residents burn down three Customs vehicles

Tinubu not hospitalised, will be back shortly – Aide

EFCC arrests Saraki over allegations of theft and money laundering

Tinubu out of Nigeria, not hospitalised – Media Aide

Tinubu is not dead or hospitalized – Aide

Obajimoh: Abducted pharmacist in Kogi regains freedom after one month in captivity

Blessing Okagbare: More woes for Nigeria at Tokyo Olympics, as Oduduru is disqualified

The Banana Peel Under APC’s Rickety Chair [MUST READ]

Tinubu out of Nigeria, not hospitalised –Aide

Sanitary Pads For Women Should Be Free – Ubi Franklin

No Olympic medal as Djokovic loses first, then withdraws