Netherlands
This article was added by the user . TheWorldNews is not responsible for the content of the platform.

More cyclists are being seriously injured in traffic accidents 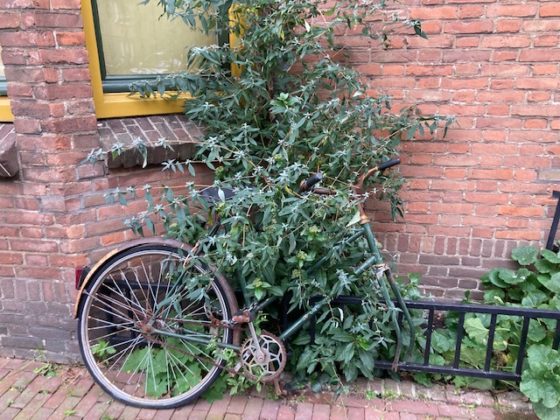 More cyclists in the Netherlands are being seriously injured in traffic accidents, and the over-55s account for one third of the victims, according to new research by safety research group VeiligheidNL.

The number of cyclists suffering major injuries in a traffic accident has risen by one third over the past 10 years, VeiligheidNL said on Tuesday.

The rising popularity of e-bikes is also having an impact. Just over one fifth of the 12 to 17-year-olds who are badly hurt were riding an e-bike and the research indicates that e-bike riders are more likely to be seriously injured.

‘E-bikes are becoming increasingly normal, for young and old,’ said VeiligheidNL director Martijntje Bakker. ‘More in-depth research will show how big that increased risk is, and what the causes are.’

Most bike accidents do not involve cars or other bikes and in 44% of all incidents, the cyclist’s own behaviour was to blame. The general traffic situation accounted for 32%.

In total, the number of seriously injured traffic accident victims has risen 18% over the past 10 years and two-thirds of the 110,000 people treated in hospital last year were cyclists.

One in four cyclists who was seriously injured in a bike accident had a brain injury – a total of 11,000 people.

VeiligheidNL says more needs to be done to prevent traffic accidents and this could include encouraging more vulnerable cyclists to wear a helmet. Just 3% of ordinary and 2% of the e-bike riders treated in hospital were wearing one.

‘Cycling keeps young and old moving and contributes to a healthy life,’ said Bakker. ‘We should keep doing it, but should also avoid unnecessary risks.’

Last year, a group of doctors started a campaign to encourage the Dutch to wear helmets while cycling, saying their use would cut brain injuries considerably. In particular, the doctors want to encourage the use of helmets among more vulnerable people such as children and e-bike users.

However, the  Dutch cycling union Fietsenbond opposes making helmets mandatory, saying compulsion will lead to fewer people using a bike to make short journeys. It says promoting the idea that helmets should be worn strengthens the idea that cycling is not a safe activity in itself.

If you have not yet made a donation, but would like to,
you can do so via Ideal, credit card or Paypal.

Big cities out of favour? More people are moving to the country