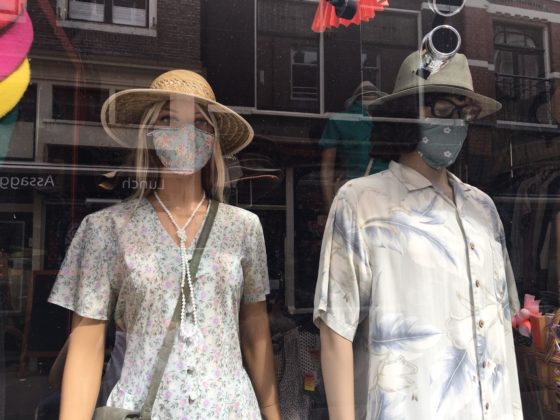 The number of people testing positive for coronavirus in the Netherlands topped 45,000 on Saturday, as a further 176 people were added to the list kept by the public health insitute RIVM.

The official death toll, which only includes people who have been tested, rose by 23 to 5,811 while 10 more people were admitted to hospital, taking that total to 11,659.

From June 1, everyone in the Netherlands who has symptoms of the disease will be eligible for a test, without the intervention of their family doctor. Those who test positive will be ordered to stay home and their contacts will traced and told to stay in as well.

Health officials see an intensive system of testing as crucial in the coming months, as more activities are started up again.

‘Being in a busy places does not have to be a problem in itself, but if people are too close together then that could lead to more infections,’ Jacco Wallinga, who is in charge of modelling how the virus may spread at the RIVM, told broadcaster NOS.

‘On the other hand, the likelihood of being infected now is very low, compared with mid-March. It is not that we are uneasy [about easing the lockdown]. We just don’t know how things will pan out.’

Utrecht teaching hospital epidemiologist Patricia Bruijning told broadcaster NOS that research to date indicates most people were infected at home, in a restaurant, church, bar or other indoor location.

‘If people did pick up an infection outdoors, it was people who talked to each other for a long time or who shared food,’ she said. ‘Fleeting contacts did not lead to infections.’

For example, it is now known that at least two choirs in the Netherlands have been hit hard by the virus. Dozens of members of the Christian men’s choir De Lofzang from Heerde in Gelderland were taken ill, and seven members and former members died in the early weeks of the pandemic.

And Trouw reported earlier this month that 102 of the 130 members of the amateur choir Amsterdams Gemengd Koor became infected during rehearsals to sing Bach’s St John’s Passion in the Concertgebouw concert hall at Easter.