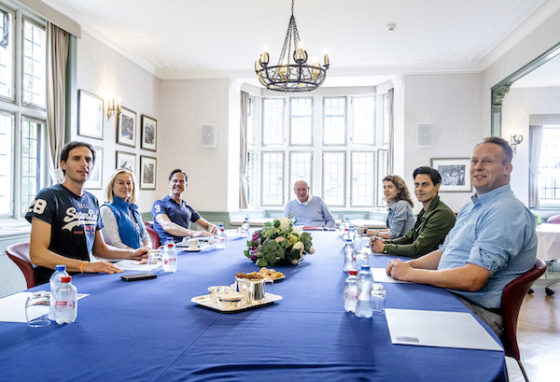 Talks on forming a new government will resume a week on Monday after informal meetings this weekend failed to produce concrete results.

Chief negotiator Johan Remkes told reporters on Sunday that the talks between the VVD, D66 and the CDA had been ‘good’, but complicated by the events of last week.

D66 leader and foreign affairs minister Sigrid Kaag stood down on Thursday after MPs passed a motion of censure against her, for her role in the shambolic Dutch evacuation from Kabul. Dozens if not hundreds of people were left behind, who should have been brought out.

CDA defence minister Ank Bijleveld, who first said she would stay on the job, resigned a day later, which CDA officials saying they had been taken by surprise by Kaag’s decision.

Remkes he said he still felt the three parties could work together fruitfully but that there had not been a breakthrough. ‘If I had been full of confidence that this would take off, then I would have been standing here differently,’ he said. ‘It is all taking too long.’

Remkes has been charged by parliament with looking into the option of a minority cabinet.

Prime minister Mark Rutte said after the talks that they had been ‘very intensive’ and that the atmosphere was ‘excellent’. The three parties wanted to work together but they had not yet managed to make concrete agreements, he said.

“We still have to talk about the precise form and the conditions,’ the prime minister told reporters.

During the coming week, Sophie Hermans, who leads the VVD in parliament, will hold talks with other parties in the ‘political middle’ about potential changes to the caretaker government’s budget, which will be submitted on Tuesday.

The budget is a holding one, given the government is acting in a caretaker capacity but ‘everyone realises that the door to GroenLinks, the Labour party and ChristenUnie must remain open,’ Rutte said.

MPs will debate the budget, and submit their own proposals for change, on Wednesday and Thursday.