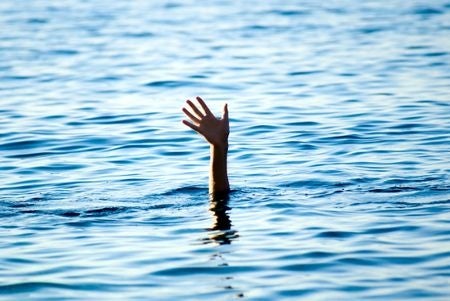 Search and rescue operations continued on Monday for three children who fell into the Tullahan River in Valenzuela on Sunday afternoon.

Rescue officers said four were catching fish along the river when they fell into the water.  A report from dzMM identified the children as Rheniel Tejadilla, 13; Kerby Tejadilla, 10; Ian Salud, 10; and Joshua Nel Casing, 11.

Reports said it was Rheniel who fell in first and his friends tried to help him.  However, all of them were pulled in by the strong current.

Casing managed to hold on to a tree and was later pulled out of the river by construction workers nearby.

Responders expressed difficulty in looking for the boys as night fell and because of the strong current.

Annaliza Tejadilla, mother of Rheniel and Kherby, told dzMM that they were still hoping to see the children alive.

Кад Cadiz returned to La Liga after 14 years
Pioli about 2:2 with Napoli: One point is a good result
Gattuso on Milan's penalty: the Rule needs to change. Jumping with your hands behind your back is another sport
Milan will offer 25 million euros for Celtic defender Ayer
Klopp on plans: Four years at Liverpool. After that, I want to do nothing for a year
Rogers Pro 1:4 with Bournemouth: Leicester play well only 45 minutes after the break
Inter and Roma are Interested in Garay
Source https://newsinfo.inquirer.net/1033163/3-children-missing-after-falling-into-tullahan-river

JUST IN: Office Of The Solicitor General Placed Under Lockdown

Will Kathryn Bernardo Still Be Staying With ABS-CBN After Its Shut Down?

Tropical Depression Carina: Signal No. 1 up in 3 areas

Ten million kids ‘may never return to school’ after coronavirus

No Chance For ABS-CBN Even In 2022, Will Franchise Be Given To Uy?

10 million kids 'may never return to school' after coronavirus

2 Masbate cops nabbed for robbery-extortion, 2 others at large

Penalize ABS-CBN if warranted, but give it chance for sake of 11,000 workers – Hataman

WHO needs support in ongoing pandemic

BanKo: Serving the Filipino microentrepreneur through the pandemic

Govt borrowings hit P289B in May

PBA eyes 5-on-5 practices in August