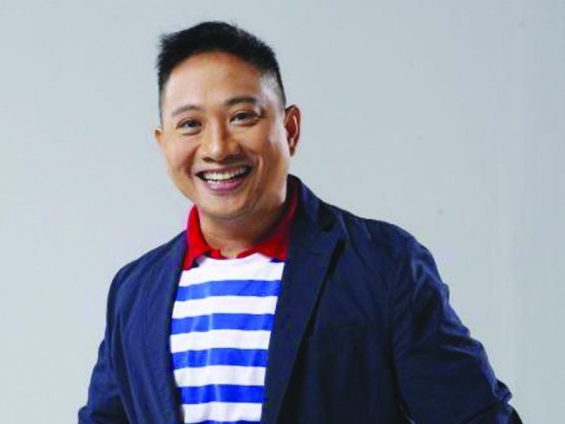 By the time the 30th episode of his YouTube vlog “#BitoyStory” came out last Monday, Michael V had already been free of symptoms for 11 straight days. And he can’t wait to get past No. 14 and finally get out of self-isolation.

“I got a health certificate stating that once I reach 14 days without experiencing symptoms, I will be free—and that’s what I’m holding on to. It’s what’s inspiring me to get my energy and focus,” the comedian said. “Thank you for your concern. Thank you for all the prayers and messages, and for making me feel loved.”

The comedian has been cooped up in his home studio since he began having flu-like symptoms last July 10. And the alone time allowed him to reflect on his life. But of the many things he pondered on, like the value of his and the dispensability of material possessions, one thing continues to boggle his and his followers minds:

Why did he catch the virus?

At first, he suspected that he might have gotten infected when he went to Batangas in early July. However, the three people who had gotten in his proximity all tested negative. Later on, he had the entire household tested and found out that one of the four house helps was positive for the coronavirus, but was asymptomatic.

“I have had relatively less contact with them (helpers), compared to my wife and children, who also tested negative. That means I didn’t get it in Batangas,” said the GMA star, who was confirmed to have COVID-19 last July 18.

This brings him to his theory: Deliveries.

Michael V had been ordering some stuff for the home studio he’s sprucing up, he said, and he’s not discounting the possibility that one of the items may have been contaminated.

“All the deliveries don’t make it inside our home without being sanitized. But perhaps, in excitement to build this studio, I may have opened some packages and their content right away. In my eagerness, I may have forgotten to sanitize them,” he surmised. “It’s the only reason I can think of … on how the virus could sneak into me.”

Now he takes double the precaution when handling packages. “My advice for those who depend on deliveries is that you can’t be too careful. I sanitize the packages and sterilize them with UV light, including the contents,” he said.

The writer-director also touched on another, less-talked about challenge COVID-19 patients deal with—the stigma. “It’s as if you’re branded as a society reject. Even if you’re in full protective gear, people shy away from you and fear you,” he said.

Worse, others get shamed or harassed. And that includes him. “I will no longer go into details, but my family and I experienced harassment. Wala, eh—ganun talaga.”

“But that’s not right, of course,” he stressed. “We really have to be responsible, not only for ourselves, but also for our families, friends and the people around us. Don’t mind what other people say.”

“The responsible thing to do is just that,” he told “24 Oras.” “I will donate, so I can help my fellowmen and science, in a way. I hope that, somehow, my plasma can contribute to the discovery of a cure for this illness.”—ALLAN POLICARPIO

Real Madrid defender Nacho is Interesting for Milan, Napoli and Roma
Dest will arrive in Barcelona today. Blaugrana has agreed a contract with him and will pay Ajax 20+5 million euros
Suarez leaving Barcelona for Atletico Madrid. Luiz was called by Simeone, their Union should be 🔥
Barcelona announced Suarez's move to Atletico
Barcelona will receive 2 million euros for the transfer of Suarez in the seasons when Atletico reaches the 1/4 finals of the Champions League
Chelsea's newcomers came off in the League Cup: Havertz scored a hat-trick (the first of his career), Chilwell an assist, Silva played an hour
Manchester United will lose 139.39 million pounds if the Premier League season is held without spectators - the most in the League
Source https://entertainment.inquirer.net/386798/michael-vs-covid-19-challenges-dont-just-concern-beating-the-virus-and-heres-why

Catch a Two-for-One Promo on These Oreo-Matcha Drinks

VIDEO: Dani Barretto Reveals How They Move Into New Home

Billy Crawford Shares Birthday Message For His ‘Everything’

Trudeau says Canada is in a second COVID-19 wave

Yulo struggles in pet event, but salvages bronze in vault in Japan

Canada’s Trudeau vows to do ‘whatever it takes’ in pandemic

Will PH walk the talk on sea ruling? Analysts skeptical

Make your food look as good as it tastes

From ‘hamonado’ to ‘mechado’: Malabon’s fiesta fare to enjoy at home

Piri-Piri chicken, pork belly: A taste of Boracay in Manila

A sweet alternative to tempura

PH recovery to ‘take a while’ – survey

Not a celebration but a reminder

He kept trying to see him

Pangilinan lauds OVP, private sector for teaming up in fight vs COVID-19