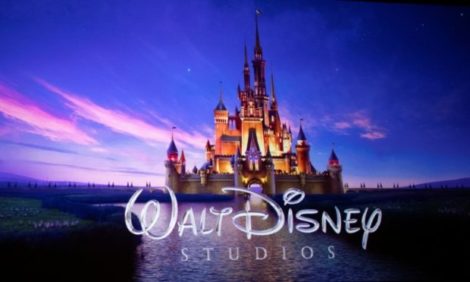 Whether you’re a kid or adult, Disney movies have been a go-to for uplifting stories. One study in Austria sought to find out what effects watching these childhood favorites would have while undergoing chemotherapy.

Researchers at the Medical University of Vienna found that participants who watched Disney films during six cycles of chemotherapy “felt better than those in the control group” in terms of emotional functional, social functioning and fatigue, as per the on May 11.

“Watching Disney movies during chemotherapy may be associated with improvements in quality of life in patients with gynecologic cancer,” they said in the paper.

“We have deliberately chosen older movies to bring patients into the happier past,” researchers explained of selecting movies that were released between 1950 and 1989. “There is a certain nostalgia about Disney movies, with their familiar characters and songs, that may help alleviate the fear of the present.”

The films screened were “Cinderella,” “Lady and the Tramp,” “The Sword in the Stone, “Mary Poppins,” “The Jungle Book,” “Aristocats,” “Robin Hood” and “The Little Mermaid.”

The clinical trial involved 56 female patients with gynecologic cancer, 50 of whom completed the trial from December 2017 to December 2018. Twenty-five watched a Disney film during chemotherapy, while 25 in the control group did not watch any movie during their treatment.

Participants answered standardized questionnaires from the European Organization for Research and Treatment of Cancer (EORTC) before and after treatment.

Those who were exposed to Disney movies “felt less tense and worried less” based on responses to questions about emotional functioning.

“This intervention led to fewer symptoms of fatigue, such as exhaustion, tiredness, and frustration, so patients felt less helpless,” researchers noted.

The authors offered some observations on why the films had a positive effect on patients.

They noted that Disney movies would last up to 140 minutes, which would be at least a third of the chemo session. “Because watching Disney movies might take the patients’ minds off their treatment, this could explain the increase in emotional functioning scores.

Themes in Disney movies were also cited. “Disney movies tell stories of surmounting difficulties without necessarily resolving them. They are more about accepting change than about heroically overcoming all odds.”

“Death and loss are omnipresent in Disney movies, and they are even applied to teach children to cope with tragedy,” the researchers said.

“Known positive coping strategies, such as accepting support from friends and loved ones or active problem-solving, are frequently found in [Walt Disney’s] movies. This may be a reason for the increase in social functioning scores in our data.”

They said, however, that the small sample size could also be associated with the “surprisingly high final quality of life in the Disney group.”  /ra

WATCH: Olaf from ‘Frozen’ helps people cope with isolation through new song ‘I Am With You’

Giroud has scored 6 goals in his last 10 Premier League games – the same number as in 51 games before
Liverpool leads its graduates through life. You'll Never Walk Alone in action
Ararat-Armenia won the Armenian championship for the second season in a row
Barcelona is ready to let Umtiti go. Lazio, Napoli, Roma and Torino are Interested in him
Dembele returned to training on the basis of Barcelona. He hasn't played since November
Milan will buy out Kjaer for 3.5 million euros
22 thousand tests before each match – so Union wants to return a full stadium. One game will cost more than a million euros
Source https://technology.inquirer.net/99662/watching-disney-movies-may-improve-well-being-of-cancer-patients-study

While on break, Montalbo takes on heavier class load

‘Carina’ weakens to a low pressure area as it leaves PH

Framework to manage systemic risks out

Online learning in the Covid-19 era and beyond

Financial lessons from a seafarer’s wife

WHO urges PH to validate, report COVID-19 cases ‘on much faster scale’

Enchong Dee vows to continue fighting for his beloved network

ONE announces 9 more closed-door events for 2020

Our best defense until a vaccine is found

Woman gunned down in Manila

ONE: Belingon ‘no problem’ facing Nguyen, other featherweights

We've Found Our Matcha in This Cool Flavored Milk

‘Duterte still has chance to raise Hague ruling before the world’