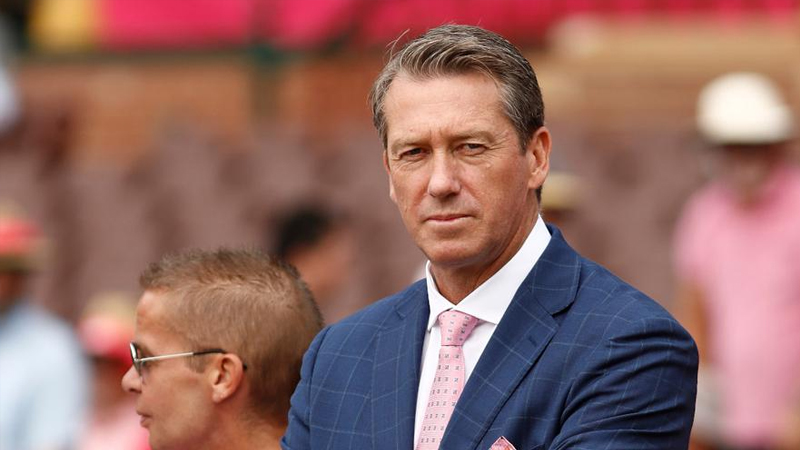 MUMBAI: Five-day cricket remains the ultimate format for Australia fast bowling great Glenn McGrath, who believes day-night Tests are the way forward for the format to survive in the age of the shorter Twenty20 version.The future of the longest format has been the subject of debate since the rise of popular T20 leagues over the last decade coincided with dwindling crowds at test matches outside cricket hotbeds Australia and England.Officials view day-night Tests as having the potential to reverse the trend.

“I am a big fan of test cricket, to me test cricket is still the ultimate and we’ve got to keep the game fresh, people enjoying it,” McGrath told reporters after a Tourism Australia event to attract more Indian visitors.”T20 has taken the world by storm, it is bringing a lot more people to cricket and that is brilliant and hopefully that will filter into Test cricket.”The International Cricket Council (ICC), the sport’s world governing body, is also set to discuss the idea of reducing test matches by a day to free up a crowded international calendar.But McGrath, who took 563 wickets from 124 matches, is not in favour of having four-day Tests.”We have got to keep test cricket alive and moving forward and positive and people coming to the game. And, to me, the way to do that is day-night test cricket. I’m big fan of it. I’m not a big fan of four-day test cricket,” he said.

“I’m very much a traditionalist – five days that’s Test cricket to me. But if we can bring something new that keeps people coming to the game, then that’s brilliant. Day-night cricket is that, it brings different challenges.”India have traditionally been reluctant to embrace innovation in cricket but after much heel-dragging they finally experienced a day-night Test when they faced neighbours Bangladesh in Kolkata last year.The game’s most influential nation have also agreed to play a day-night Test in Australia during their tour later this year, having declined Cricket Australia’s offer of a pink ball test during their most recent tour Down Under in 2018/19.ViratKohli’s men won the Test series 2-1 on their last visit but McGrath said Australia will be a different opposition with the return of batting aces Steve Smith and David Warner, who were serving bans due to ball tampering last time.

Due process must be followed for prisoners’ release: CJP

Lockdown to remain imposed in Pakistan till April 14: Asad Umer

All necessary measures being taken to ensure public safety: COAS

Wimbledon set to be cancelled for first time since WWII

Govt's decision to not implement a lockdown it's biggest failure: Shahid Khaqan Abbasi

Doctor, seven others test positive for COVID-19 in Hyderabad

But they don’t detect bombs either, says CAA in response to allegations bomb detectors being used as thermometers at airports

Shaniera and Wasim Akram share hilarious pictures while in quarantine

‘Govt will fully support medical staff in fight against coronavirus’

China came to Pakistan's aid as soon as it controlled coronavirus outbreak: PM

Pakistan Stock Exchange off to a positive start

Mother of invention: The new gadgets dreamt up to fight coronavirus

Pakistan is not as much at risk from coronavirus as is believed: FM Qureshi