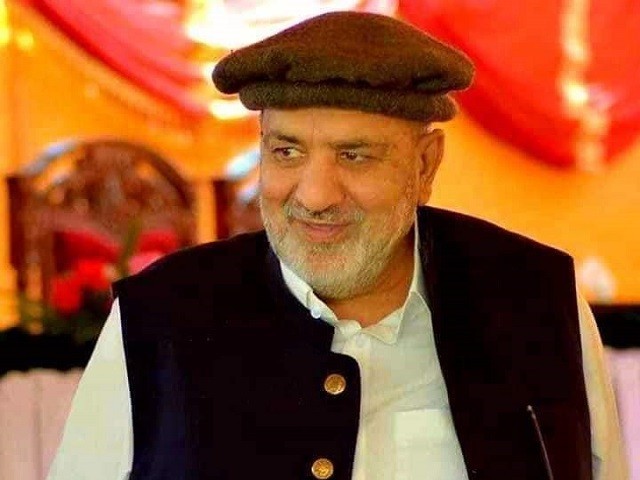 Gilgit-Baltistan (G-B) Minister for Agriculture Janbaz Khan was reported to have died on Thursday, a week after he was diagnosed with Covid-19.

“He had been on a ventilator for four days,” said a doctor at Gilgit’s city hospital where the 64-year-old minister was admitted.

“He had a heart related disease, besides diabetes,” said the doctor – also treating Malik Miskeen, another seasoned politician from district Diamer.

The veteran politician belonged from the Diamer district and is also said to be the founding member of the Pakistan Muslim League in the region.

He had the honour of being elected five times to the Gilgit-Baltistan Assembly. He had also served as the Leader of the Opposition.

The minister is survived by two wives, five sons and four daughters.

With its current virus tally at 162,404, Pakistan has witnessed the deaths of both national and provincial assembly ministers.

On June 3, Pakistan Muslim League-Nawaz (PML-N) Member of Punjab Assembly Shaukat Manzoor Cheema succumbed to the coronavirus, after a month long battle with it.

He had been on the ventilator for the past 10 days and was admitted at the Pakistan Kidney and Liver Institute (PKLI) in Lahore.

The 66-year-old MPA hailed from Gurjanwala and was elected on a Pakistan Muslim League-Nawaz (PML-N) ticket in 2018 from PP-51 Gujranwala constituency.

On June 2, Sindh Human Settlement Minister Ghulam Murtaza Baloch lost his life to the novel coronavirus, dealing a blow to the Pakistan Peoples Party (PPP) as it lost a long-standing ‘jiyala’ to the deadly contagion. Baloch was 56.

An MNA from Khyber-Pakhutnkhwa Munir Orakzai was also reported to have lost his life on June 2, days after he had recovered from the virus.

Some noted politicians of the country are also currently battling the deadly virus. Among them is former premier Shahid Khaqan Abbasi, PML-N president and Leader of the Opposition in the National Assembly Shehbaz Sharif as well as PTI railways minister Sheikh Rasheed.

Ushna Shah is done explaining herself to the world

Farhan Saeed took an initiative for Living Legends of Pakistan

Shorter people are at greater risk of developing type 2 diabetes

Efforts on to remove hurdles faced by construction industry: Shibli Lucky draw of 1.6m requests to be held: Anwar

WHO asks countries to open up slowly, cautiously

Corona cases surge to 250,569 in Pakistan 74 deaths confirmed in a single day

Special NCOC meeting to be held in Lahore today

Records 28% reduction in critical cases due to ‘smart lockdown’

The quest to find signs of ancient life on Mars

China enhances its support to Pakistan in health sector under CPEC

Economic growth must be at 7pc to meet challenges: PBF

Pakistan can benefit from French expertise in agri sector

No drop of blood shall be 'forgotten or forgiven', says DG ISPR on Kashmir Martyrs' Day

Efforts underway to give boost to construction sector: Shibli