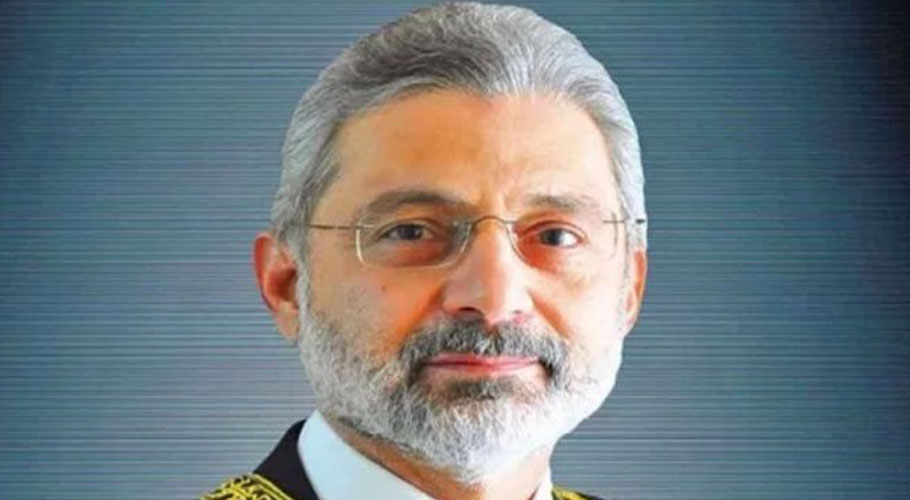 Wife of Justice Qazi Faez Isa, revealed on Thursday the details of her London properties to the Supreme Court while recording her statement via video.

Earlier on Wednesday, Supreme Court (SC) said that Justice Qazi Faez Isa’s wife could be given a chance if she wanted to answer on foreign assets.

The reference filed against Justice Isa alleges that he acquired three properties in London on lease in the name of his wife and children between 2011 and 2015, but did not disclose them in wealth returns.

During the course of proceedings, Salman Akram Raja, counsel for Pakistan Bar Council (PBC), while continuing his arguments, said that the sources of property attributable to Justice Isa were foreign and in this case, there was no question of money laundering.

The court asked if the statements are not correct and could the tax authorities seek clarification from the judges. The bench asked whether judges were exempted from the tax matters.

The counsel said that judges were not exempted in this regard, however, in this case, the judge was made accused without knowing the sources of income of his wife and children. He alleged that the reference was malicious.

Justice Umar Ata Bandial asked about the evidence regarding leakage of reference proceedings in the media. Upon which the counsel replied that newspaper and TV records would be provided in this regard.

Salman Akram Raja said that according to media reports Justice Isa’s wife visited the Federal Board of Revenue’s (FBR) office to find out the procedure for transfer of tax records and reasons for not giving notice on foreign assets. However, the concerned authorities did not cooperate with her, he added.

The court remarked that Justice Isa’s wife could be given a chance if she wanted to answer on foreign assets.

The court directed the FBR officials to cooperate with the judge’s wife and adjourned the hearing of the case till Monday.

It’s not just the presidency: Trump is changing the Congress

‘This is real’: COVID-19 long-hauler’s months of agony

Professional bull riding set to welcome fans back into arena

No chance of Pak-India talks on Kashmir: Masood

Three science & tech economic zones to be set up: Fawad

PEW urges govt to import wheat itself to avoid another crisis

The ‘pull up your socks’ argument

Swimming away from reality