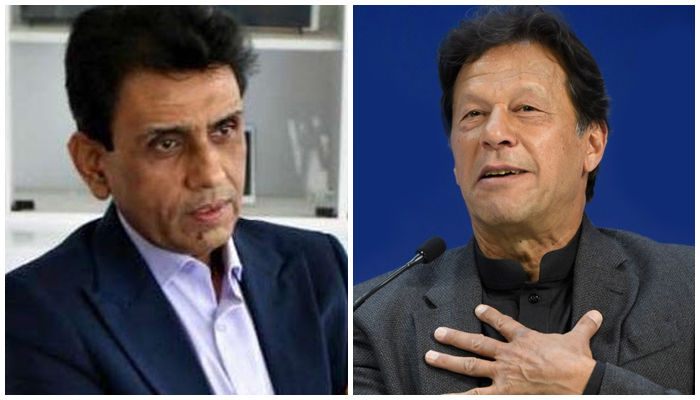 ISLAMABAD/KARACHI: MQM-P Convener Dr Kahlid Maqbool Siddiqui retook charge of the Information Technology and Telecommunication Ministry, sources informed Geo News, in what comes as a sign that the federal government and its key ally in Sindh have resolved their issues.

The MQM-P leader has decided to rescind his resignation after meeting Prime Minister Imran Khan here in the federal capital, the sources said, adding that the two discussed matters related to Siddiqui’s ministry during the meeting.

The premier, sources noted further, refused to accept Siddiqui's resignation after the former had on January 12 announced to quit the federal cabinet over "unfulfilled promises". The MQM-P convener had said his party had supported the centre in every challenging phase but "injustice was still being done with Sindh".

Following the announcement, several PTI leader and ministers had met the MQM-P in Karachi to hear their concerns.

MQM-P was not the only the ruling party's ally that has threatened to quit its coalition. The PTI got much needed relief on Monday after its leaders managed to convince the estranged PML-Q to not leave the alliance as well.

Leaders of the ruling PTI and its coalition party, the PML-Q, announced a truce after hour-long discussions at Punjab Assembly Speaker Chaudhry Pervaiz Elahi's residence on Monday.

The announcement was made during a joint press conference after the two parties' delegations met in Lahore in a bid to reconcile. After the talks, leaders of the PTI and the PML-Q said they would go ahead hand-in-hand in the future.

Imran vows not to burden consumers with higher utility bills

Success is not about good grades

The moral devastation of the continued occupation

The dilemma of regulating social media

Mitigating the impact of climate change

US expresses concerns over social media restrictions in Pakistan

Trump again offers to mediate between India and Pakistan

Gujranwala, Faisalabad among five most polluted cities in world

Trump again offers to mediate between India, Pakistan on Kashmir

UAE suspends flights to and from Iran over coronavirus outbreak Previous