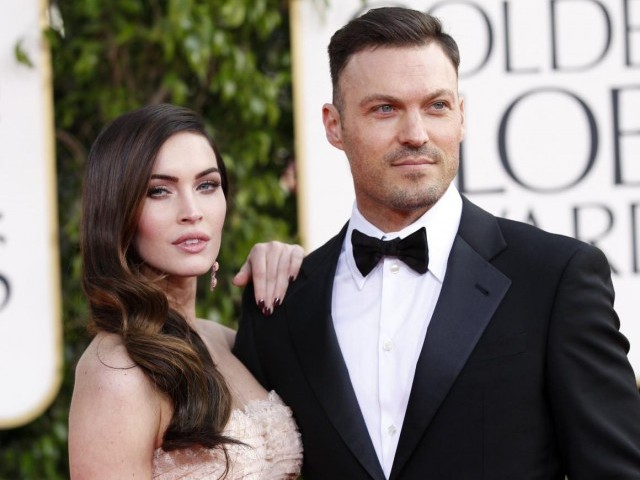 Green confirmed the news on his podcast titled …With Brian Austin Green, citing distance as the primary reason of the split. He mentioned that the couple became more distant when Fox was out of the country for work for about five weeks last year, adding that they had been spending more time apart since the end of 2019.

He also clarified that the couple will still spend time as a family with their kids, Noah, 7, Bodhi, 6, and Journey, 3. “We will still do family vacations and holidays as a family and really make that a focus for the kids.”

Rumours of their split first surfaced when Fox was spotted with rapper Machine Gun Kelly recently. The two are co-stars in the upcoming film Midnight In the Switchgrass.

“It sucks when life changes and something that you’re used to, that you’ve been doing for 15 years, you try and not get rid of but you change,” shared Green. “I really don’t want Megan and I to be at odds. She’s been my best friend for 15 years and I don’t want to lose that,” he added.

In a first, locally made drones to join fight against locusts

Georgia Abortion Law at a Glance

Contradictory statements on the use of Face Mask by British Government

I’m young and in no hurry to become ICC Chairman: Sourav Ganguly

Most concessions to K-Electric were granted by PPP: Ali Zaidi

Is that hand strap clean? Tokyo Metro sprays silver to fend off coronavirus

Court to indict Asif Zardari in another reference on August 4

‘Vampire-slaying kit’ containing silver knife and crucifixes up for auction

Number of the day: Eating a diet rich in fruit and vegetables could cut the risk of type 2 diabetes by up to 50 percent

New Zealand mosque shooter to represent himself at sentencing

Ten million kids ‘may never return to school’ after virus

Technical fault in Bin Qasim power plant may cause loadshedding in certain areas of Karachi: KE

Japan, US discuss jump in coronavirus cases at US military bases

OPPO redefines A Series user experience with OPPO A92