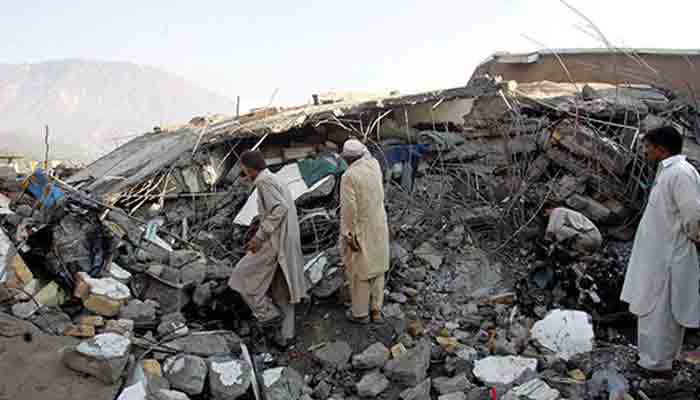 The Kashmir dispute has once again been brought into the global consciousness.

Earlier this month a plane flew over Headingley Stadium in Leeds during the Cricket World Cup, with a banner urging India to “free Kashmir”.

Then Donald Trump made his unexpected offer this week to “mediate or arbitrate” over the conflict.

The intervention has not only prompted strong remarks on both sides of the Line of Control, but also engaged political commentators, academics and diplomats across the world.

Timing is everything. The end of July marks two decades since the guns fell silent on the three-month Kargil war.

It was the last official time the conflict between the two nuclear actors turned hot.

Renewed foreign interest in one of the world’s most critical flashpoints can only be a good sign – since any chance of peace or resolution will depend in large part on the support of the international community.

The US Correspondent for British newspaper The Independent recently argued that Trump “could be the clown who solves the 70-year Kashmir crisis. India and Pakistan should [at least] let him try”.

And yet all this political posturing and diplomacy masks the reality of life on the ground. It can be easy to forget that behind the maps, borders and political speeches there are real people who are trying to get on with their lives. Even in one of the world’s most militarised zones, life goes on.

But when disaster and hardship threaten, the need for humanitarian response transcends border disputes.

The Azad Kashmir earthquake is a case in point. In 2005, India and Pakistan put aside their differences for the sake of humanity, and opened five crossing points on the Line of Control in order to ease of the flow of humanitarian and medical aid to the region.

The world responded: international aid teams assisted in the relief efforts; even the British and American military sent aid from their bases in Afghanistan.

Alshair Fiyaz, an investor and philanthropist, remembers the time well. He provided aid for the emergency distribution of winter shelter for 1,600 families suffering from the destruction of their homes by the quake in Azad Kashmir, near the epicentre.

As well as contributing to short-term emergency accommodation, the funds enabled long-term planning for permanent housing projects for those families still living in camps.

But Fiyaz believes philanthropy knows no borders: indeed, his own humanitarian work has crossed the Line of Control. In India, Fiyaz’s philanthropic ALFI Foundation has supported single-parent families in sending their children to school instead of work, and organised funds for private tuition for students, regardless of their ability. It has also sent resources to address youth unemployment, by helping young mechanics, cab drivers and builders to buy the cars and tools they need.

20 years after Kargil, political disputes over Kashmir continue to rumble on. The international community is once again becoming more aware. But for the world’s humanitarians, people – not borders – remain the focus.

Asad Umar vows Karachi-like package for other parts of Sindh

Zindagi Tamasha to be Pakistan’s official entry to Oscars

BJP’s paradox over Statue of Unity

Baba Jan’s release is a victory for the people: AWP

Slow and steady or a big spurt? How to grow a ferocious dinosaur

Tesla could widen release of ‘self-driving’ software in two weeks

University students being trashed due to blasphemy accusations – where are we heading as a nation?

Shamim to be laid to rest in Lahore today

Iran vows to avenge the murder of top nuclear scientist

Coronavirus in Pakistan: More than 3,000 cases reported four days in a row

Doria Ragland lead the way to Meghan Markle after miscarriage

Gilgit Baltistan to get new Chief Minister on Monday

You can’t grow as an actor by only playing positive roles: Armeena Khan

Sonya Hussyn speaks up about her idea of ‘love’

Maya opens up about her chemistry with Shehryar Munawar

Camila Cabello’s Thanksgiving message for her

Nawaz, Shehbaz's mother to be laid to rest in Lahore today