Pakistan Under-19 cricket squad to tour Bangladesh next month 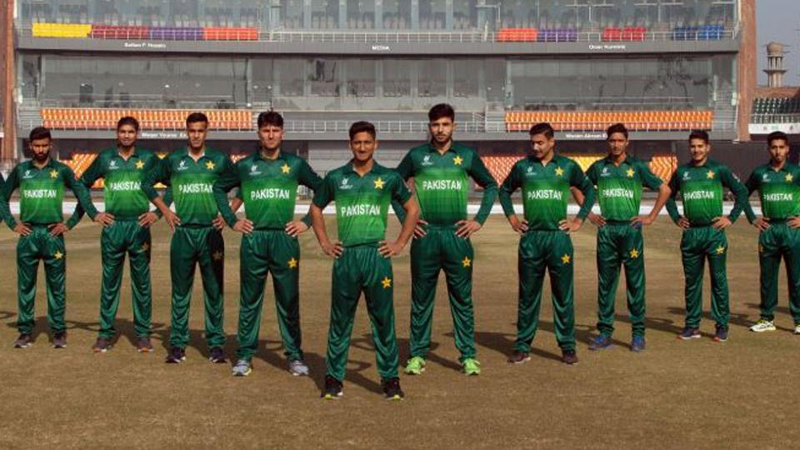 LAHORE: Pakistan Under-19 cricket team will tour Bangladesh next month to play a four-day and five 50-over matches against the side that won the ICC Umnder-19 World Cup in South Africa last year. As per the ICC Under-19 World Cup 2022 age criteria, players born or after September 1, 2002 have been selected. The tour has been arranged to provide further exposure to Pakistan cricket’s future stars following an extensive camp at the start of the year at the National High Performance Centre in Lahore. The tour will also help prepare the players for next year’s ICC Under-19 World Cup in the West Indies. Prior to the April 12 departure, the team will play two 50-over practice matches besides a three-day match during a 10-day long camp that will run in Lahore from April 2-11. The 20-member squad has been chosen by the national juniors’ selection committee in consultation with the Pakistan Under-19 head coach.

Pakistan Under-19 head coach Ijaz Ahmed said: “The tour provides a wonderful grooming opportunity for the players against one of the most formidable U19 sides at present which won the ICC U19 Cricket World Cup last year. We have a talented bunch of players and a number of them have proven their worth already at the domestic circuit in the recently concluded season. The squad also includes players like Abdul Wahid, Qasim Akram, Fahad Munir, Mohammad Irfan Niazi, Mohammad Shehzad and Tahir Hussain who represented Pakistan U19 in the World Cup, the tour will help further develop the skills of these players as they are our future. The tour will be a challenging one for us and one that will hold these players in good stead in this developmental stage of their careers. The series will also help us identify the potential players that we will field in next year’s World Cup in the West Indies.”

Six players who were part of the ICC Under-19 World Cup 2020 in South Africa have been retained in the squad. They are: Abdul Wahid Bangalzai, Fahad Munir, Qasim Akram, Mohammad Irfan Niazi, Mohammad Shehzad and Tahir Hussain. Opener Abdul Wahid represented Balochistan 1st XI in the recently-concluded domestic season, batting all-rounder Qasim was one of the star performers for Central Punjab who was subsequently selected by Karachi Kings for the HBL Pakistan Super League 6, and top-order batsman Mohammad Irfan Niazi represented Central Punjab 1st XI in the National T20 Cup (1st XI) that was played in Multan and Rawalpindi. The players and management will be tested for Covid-19 before entering the camp, and those returning negative tests will move into a bio-secure for the team that will be set-up in Lahore. The players and team management will be vaccinated for Covid-19 on April 8.

Pakistan Under-19 squad for Bangladesh tour:

May 6 – Team members return to Pakistan.

Islamabad police directed to remove tinted papers from their vehicles

FEBR demands legislations through parliament for protection of taxpayers’ rights

Most Britons have given up hope of holiday abroad in 2021

Bailouts to limit airline consolidations in next 5 years: Iata chief

Bitcoin too important to ignore being 3rd largest currency: Report

Musicians hungry to perform make a Manhattan storefront their stage

Storm Keating has emergency surgery in ‘most frightening week’

Govt messaging about Covid third wave ‘as confused as ever’: Sherry Rehman

Taste and smell gone forever? The anguish of Covid survivors

US spy agencies warn Biden of Taliban takeover of Afghanistan

Covid-19 third wave may be worse than first, warns Faisal

PML-N, PPP reverting to their sorry past

No parting of the ways-II

College principal to move court against pressure for resignation

Fawad's proposal for SEZ for IT, modern tech-related industries okayed

LGs to stay for nine more months before being dissolved

Up to 56 test positive for coronavirus in Nowshera

Covid-19: 'Pakistan has performed better than many other developed countries'