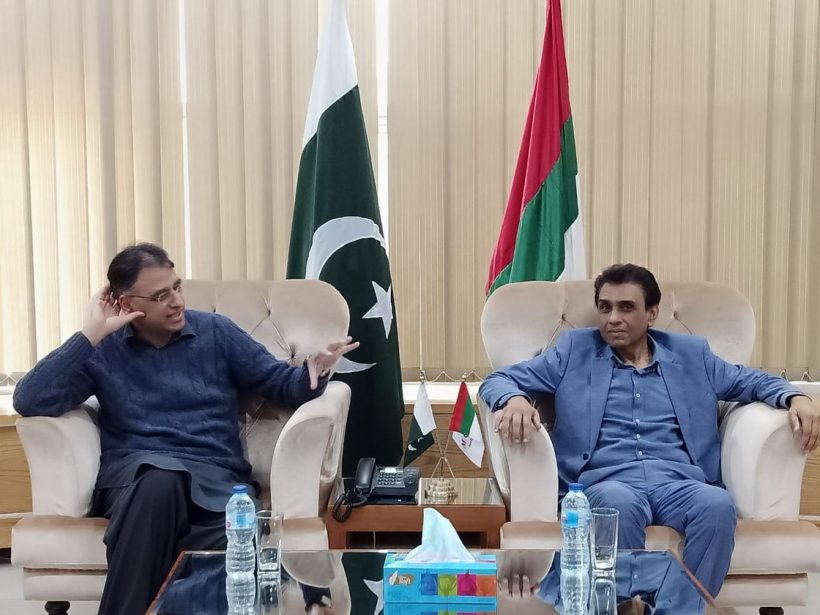 A delegation of Pakistan Tehreek-e-Insaf on Monday arrived at the headquarters of Muttahida Qaumi Movement-Pakistan (MQM-P) in an attempt to address the grievances of the disgruntled ally, which had quit the federal cabinet a day earlier citing “unfulfilled promises”.

The meeting comes a day after MQM-P convener Khalid Maqbool Siddiqui announced his resignation as Federal Minister for Information Technology.

“We promised to support the government with our numbers and we will continue to do that,” said Siddiqui.

“We need to give the residents of Karachi the rights that they have been denied for decades, sadly and this is our mutual struggle,” Umar said.

Federal Minister for Planning, Development, Reforms and Special Initiatives Asad Umar, while responding to a question regarding Siddiqui’s resignation, said that there will be a discussion on the “wish expressed by Khalid bhai”.

“It is our wish that Khalid Maqbool Siddiqui stays a member of the cabinet,” Asad added.

The PTI minister further remarked that soon major projects would be initiated in Karachi, and the prime minister will visit the metropolis in the first week of February to inaugurate several projects.

Regarding the performance of Sindh Governor Imran Ismail, Asad Umar stated that the governor has been doing “a great job”, and there was no plan of removing him from the post.

FC is pride of the people, says DIG

US envoy Alice Wells to arrive in Islamabad today

Lost and forgotten: Kaliwalas and the dying tradition of metal polishing