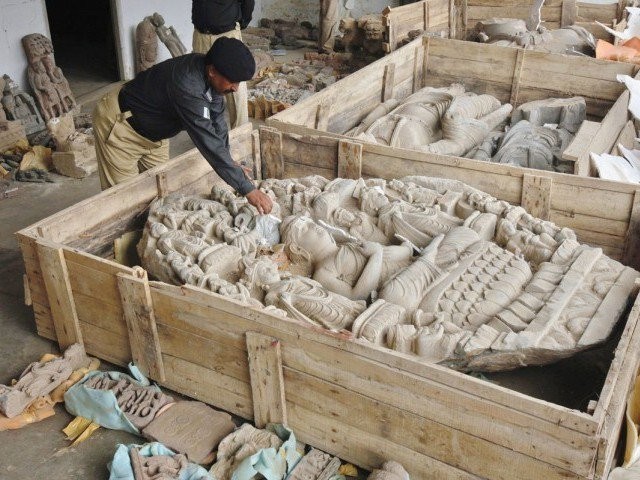 PESHAWAR: No headway seems to have been made to trace those responsible for the theft of a rare piece of the Gandhara history from a museum in the provincial capital two years ago with multiple investigation committees failing to conclude their probe.

In 2016, a precious cruciform relic casket from the Gandhara civilization — a one-of-its-kind relic — had gone missing from the Archaeology Museum of the University of Peshawar. The relic had been excavated by Professor Ahmad Hasan Dani from the Sheikhan Dheri archaeological site in Charsadda in 1962.

The University of Peshawar’s (UoP) Department of Archaeology formed a committee to probe the matter and identify the culprits responsible.

The committee reportedly came to the conclusion that the museum curator and assistant curator were apparently involved in the matter.

When the museum curator learnt about the probe’s findings, he apparently refused to sign off on it — since he was also a member of the probe committee. He instead claimed that the relic had gone missing during a fire incident at the museum.

A senior official of the varsity, who did not wish to be named, told The Express Tribune that after the inquiry committee completed its report, the museum’s curator started blaming some menial staff at the facility for the alleged theft.

However, he was not successful in proving his case.

The varsity official said that a departmental inquiry committee, which included experts, wrote to the university administration in 2017, urging it to constitute a high-powered committee to probe the matter and to file a criminal complaint with the police against those responsible.

The request of the committee, though, apparently failed to move senior officials of UoP.

Another UoP official confirmed to The Express Tribune that after a departmental committee was formed, the then-provincial government, led by the Pakistan Tehreek-e-Insaf (PTI) had constituted a committee to investigate the matter. But due to unspecified hurdles, it could not complete its work properly.

He claimed that acting UoP registrar Dr Zahid Gul has allegedly been supporting the culprit, using different tactics to delay the conclusion of the probe. The official further claimed that the relic, stolen from the varsity, had been sold for an astronomical price causing a severe loss to the country and preservation of history.

When contacted, UoP museum’s curator Dr Zakirullah Jan said that he was unaware of the inquiry committee’s final decision or its status.

Dr Jan, however, said that the university registrar was fully aware of the matter. Despite repeated attempts, UoP Register Dr Zahid Gul could not be contacted for his version since he did not answer any of the calls made to him.

No chance of bilateral dialogue with India over Kashmir: Masood

Donald Trump may not back India in case of conflict with China: Former US NSA John Bolton

No unscheduled power outages in Karachi from Sunday, Centre vows

PTI issues show-cause to party MNA for speaking against Qureshi

'Dubai-like' city to be developed near Lahore

Jahangir Tareen denies to have in contact with Nawaz Sharif

About 70% people feel flexible to work from home